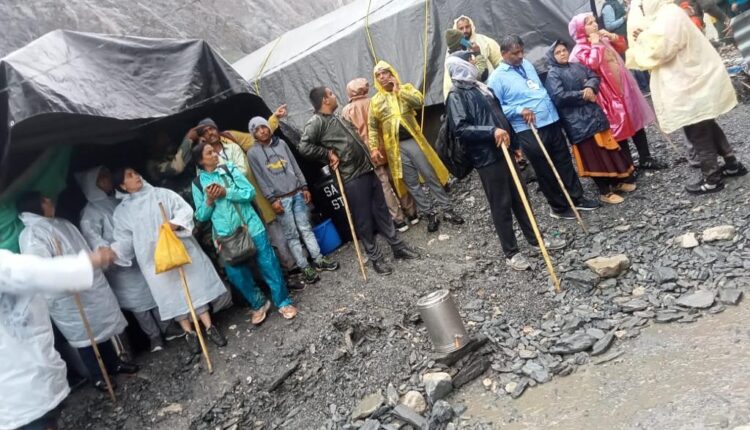 Srinagar: Rescue operation was resumed at the Amarnath cave shrine on Saturday where 15 people were killed and over 40 injured in a cloudburst Friday evening.

Authorities have temporarily suspended the Yatra from both Baltal and Pahalgam base camps.

Chief Medical Officer (CMO), Ganderbal district, Afroza Shah has told reporters that 15 people have died and over 40 injured in Friday’s flash flood triggered by the cloudburst. She said five people were rescued alive from the debris of the flash flood.

Operation to ascertain the exact number of casualties, injuries and missing persons is still going on.

Reports from the disaster site said 25 to 30 tents of the pilgrims and five ‘Langars’ (Community Kitchens) were washed away in the high speed muddy slush triggered by the cloudburst that occurred around 5.30 p.m. Friday.

Army has pressed helicopters into service to assist the civil administration in relief and rescue operation.

MeT department has forecast that another cloud is moving towards the Baltal-Holy cave route which is likely to cause light to moderate rainfall.

Ukraine cancels licensing of exports of wheat amid war