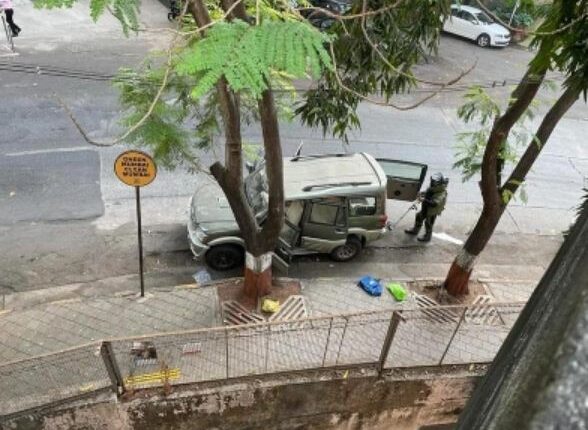 New Delhi: In an explosive revelation in the Ambani threat case, the former Chief Minister of Maharashtra, Devendra Fadnavis indicated on Wednesday that the owner of the explosives-laden SUV, Mansukh Hiren, did not commit suicide but was murdered.

Fadnavis alleged Hiren’s body was later thrown in the creek to bury evidence in the case which seems to have shaken the confidence of the people in the state government.

The BJP leader said that the motive of burying evidence was to save the real masterminds, which seem to be the political bosses of Sachin Vaze, the encounter specialist presently been questioned by the NIA.

Citing autopsy reports, Fadnavis asserted that less water in the lungs of the deceased suggests that Hiren did not jump into the sea to end his life (as claimed by the cops) but was probably murdered and his body was thrown into the creek. “If someone dies of drowning, then water in the lungs should have been in excess. However in this case it’s just the opposite. I have seen the postmortem report which reveals that there was no water in Hiren’s lungs. Moreover, the nature of anti-mortem injuries indicates that a handkerchief was forcibly tied to strangulate the SUV owner,” Fadnavis disclosed to media at the BJP headquarters in New Delhi.

The leader of Opposition in Maharashtra Assembly, Devendra Fadnavis, who initially raised the issue on Hiren’s alleged murder on floor of House, said that cops involved in the alleged crime have planned to dispose of Hiren’s body into the high tide. “However their plan got delayed by half an hour as by the time the body was thrown into the creek, there was a low tide. Despite recovering the body the next day, the police ignored crucial facts pointing towards murder,” said Fadnavis, adding, “It shows that someone powerful in the government was behind Sachin Vaze and other key officers who made desperate efforts to destroy evidence. Time has come to unmask the big faces in the government shielding people like Vaze.”

Initially a suspect in the Ambani threat case, Mansukh Hiren, a businessman and owner of the SUV, was found dead on March 5 at Mumbra Reti Bunder on the banks of a creek that flows towards Mumbra from Thane.

According to NIA sources, Hiren was once close to Assistant Police Inspector(API) Sachin Vaze, now an accused in the case. Vaze was using Hiren’s SUV for past few months and used the vehicle to plant the explosives.

Raising questions on the investigation of ATS Mumbai, probing the mysterious death of Mansukh Hiren, the former CM said that crucial evidence was blindly ignored by the top cops. “I know that there are certain audio tapes with the police, which include the voice of Mansukh Hiren, revealing about the instructions given to him by Sachin Vaze. These tapes and other documentary evidence require a threadbare probe. However ATS seems to have developed cold fleet in identifying the mastermind. I feel the Hiren Mansukh case should also be investigated by the NIA,” Fadnavis added.

On the transfer of Mumbai police Commissioner Parambir Singh in connection with the Ambani threat case, the BJP leader said that Param Bir and Sachin Vaze were pawns in the hands of the state government. “By transferring Vaze’s boss(Param Bir Singh), the actual operators of crime cannot be unmasked. Therefore the agencies should identify the political bosses of Sachin Vaze and they must be brought to justice,” said Fadnavis, who also met senior BJP leaders in Delhi on Wednesday.