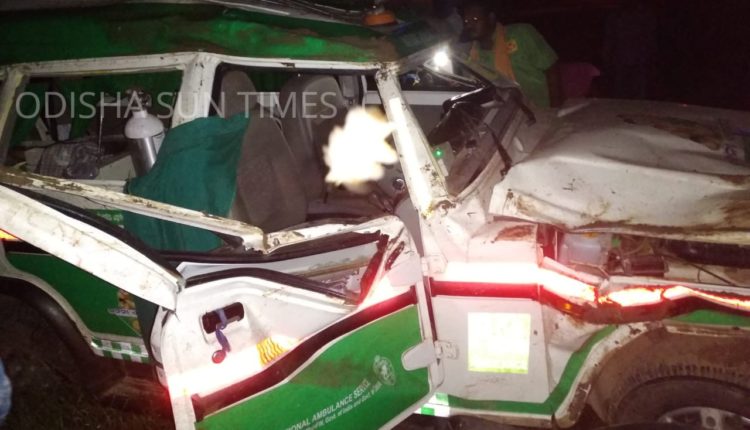 Nuapada: Driver of a Janani Express ambulance sustained critical injuries after the vehicle met with an accident near Ganiari under Komna block of Odisha’s Nuapada district, late last night.

The victim has been identified as Lokeshwar Bag. The mishap took place around midnight when the driver was heading towards Nuapada in the ambulance.

Bag was initially admitted to the Komna Community Health Centre and later shifted to the Nuapada District Headquarters Hospital as his condition deteriorated.

Train mishap averted as 5 bogies detach from engine in Odisha