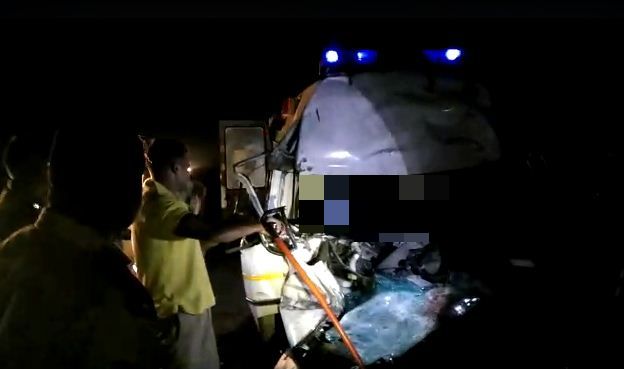 Jajpur: At least three persons died and three others sustained critical injuries after an ambulance rammed into a truck at Chhatia Chhak in Odisha’s Jajpur district, late last night.

According to reports, an 108-ambulance carrying a patient and four others from Dasarathpur to Cuttack met with an accident as it dashed against a stationary truck which was parked on roadside.

While two occupants of the ambulance died on the spot under the impact of the collison, four others, including the driver, were grievously injured. The victims were rescued by Fire service personnel and admitted to the SCB Medical College and Hospital in Cuttack.