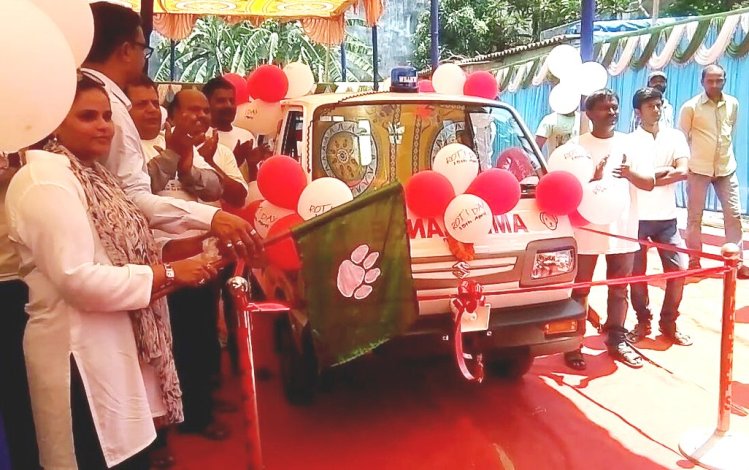 Bhubaneswar: Taking a unique initiative to serve the animals in the society filled in lack of humanity among people, an ambulance service has been launched for stray dogs.

Attended the Flagging ceremony of Free Dog Ambulance at Cuttack Road, BBSR in presence of Smt. Namrata Chadha, Meera Parida and members of the organisation.

Not only stray dogs but also other animals can be provided the ambulance service to the veterinary hospitals, said Parekh.

The ailing street dogs or any animal will be taken to the OUAT or any other vet hospital in the ambulance for treatment, she said.

The ambulance service will be functional only in twin city Bhubaneswar and Cuttack.

However, the ambulance service is priced at Rs 500 for pet dogs in Bhubaneswar and Rs 800 in Cuttack.

When asked about the noble idea to launch the ambulance service for the stray dogs, Parekh said that the idea struck in her mind after she faced difficulties during delivery of her pet dog to take her to the hospital.

The ambulance service will help the animals including the street dogs to take them to the hospital if they meet with accident on the road, she said.

She urged people to observe April 15 as ‘Roti Day’ every year to distribute some food among the dogs on the streets.