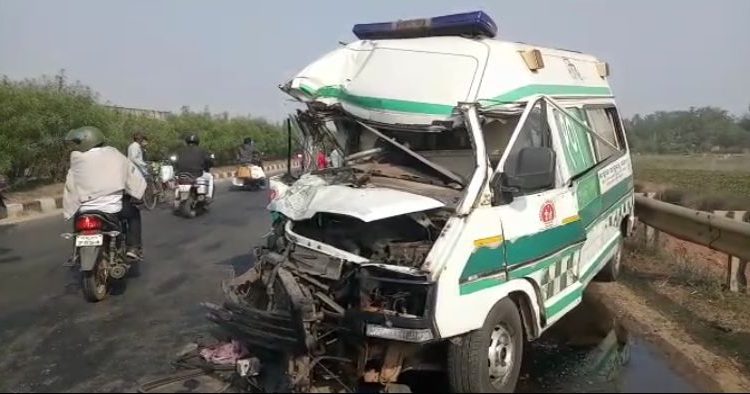 Jajpur: Two persons were killed and two others injured in a head-on collision between an 108 ambulance and a truck on NH-16 near Brajanagar in Jajpur district this afternoon.

When an ambulance carrying a woman patient was going from Bhadrak District Headquarter Hospital to SCB hospital in Cuttack, a truck hit it from the opposite direction. The woman patient and one of her relatives died on the spot whereas her another relative and the ambulance driver sustained grievous injuries.

The injured were rushed to Bhadrak District Headquarter Hospital and later shifted to SCB hospital. Identities of the deceased are yet to be ascertained.

Police have initiated a probe into the incident after registering a case.