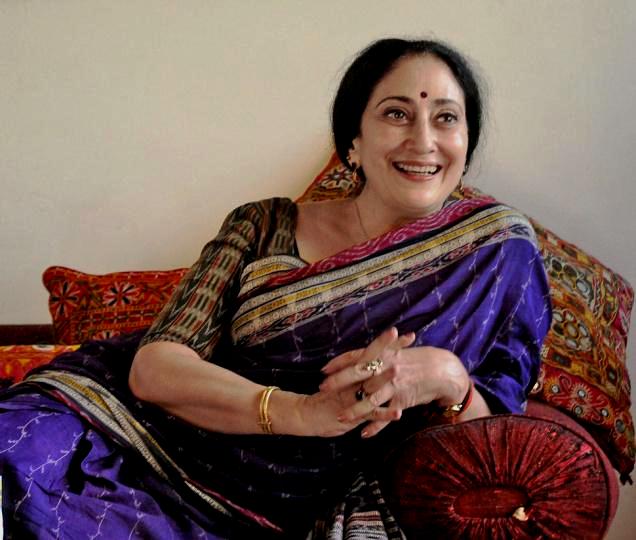 Decades ago when Sharan Lowen brought out the exquisite grace of Odissi through her great performances in India and abroad, many people in the profession got together to make extreme efforts to eliminate her in every single way possible, the dancer says.

Many of her programmes got cancelled.

She feels that the time when her career as a classical dancer started, in reality there was no scope of someone like her to make a mark for her identity as an American always stood like a hurdle. “Nobody was going to select a foreigner,” Lowen told IANS in an interview on the eve of World Dance Day, which is observed on April 29.

“In 1978, someone said to me that you are among the best but you won’t get the recognition you deserve. I said — What can be done? It’s okay,” said Lowen, who has been in the country for four decades.

Despite all the challenges, the danseuse’s positivity and complacency are incredible.

“It’s a very small, niche world that knows who does Odissi dance. I am just really delighted that I have a good name. It is much more than I expected,” she said.

For her, every performance is like a “puja”. “It gives the opportunity to offer something meaningful to the people. It has been good spiritually,” she explained.

Lowen explained how her compeers have been bringing her down and how she has stood against it all.

“All kinds of things have been happening…very prominent dancers along the years have convinced organisers not to let me perform for whatever reasons they have against me.”

“My response has been that I am not dancing in competition with anybody. If anyone wants, I will perform. If not, I won’t. I don’t ask for any shows. It’s all bonus.”

In her early years, Lowen’s talent and efforts won her the opportunity for an International travel. She took her gurus and musicians to the US.

During this period, she was also rejected by a Michiganian man who sponsored Indian dances. He told her that he would never have an American doing an Indian classical dance form for his audiences.

“So your criteria isn’t the dance, your criteria is the skin colour? You have no confidence in your ability to select quality and you go by race?” Lowen responded to to the man for such non-acceptance that she found unreasonable.

She believes that in those years, it was better to face stereotypes here in India. “Indians would at least change their opinion, it is not the same for Americans.”

She has definitely had to find her way through all the stereotypes that people have had against her identity as an American, as a non-Indian and also as a non-Hindu. What’s strange is that her fight against such hackneyed ideas still continues.

She shared many incidents to explain this.

“Recently, I had a young woman learning Manipuri dance form from me. She was also learning Kathak from someone. Her Kathak teacher told her that she could not learn from me as I am a foreigner,” she said.

“It’s very funny. I have been dancing longer than she has been alive and she is telling someone to not learn from me,” she added.

In an event that Lowen was organising along with a friend for the benefit of Indian soldiers, objections came her way again.

“So I can’t do a benefit show for Indian soldiers because I don’t belong to this country,” she questioned.

“I don’t even think about it (criticism). I am really committed to Indian dance which is special because you have “abhinayak”, “raag” and then there is a metaphysical experience to offer to your audiences. I love to do that. I love making teaching my students do it,” she said.

She said that she began her journey with the understanding that she wasn’t entitled to any recognition.

“I always understood not to have any expectations..no entitlements as were people of the Indian origin and those who came from dancing families,” she said laughingly.

Today, Lowen is a respected exponent of Odissi, Manipuri, Mayurbhanj and Seraikella Chau forms, whose stint in India was preceded by 17 years of modern dance and ballet in the US and an MA in dance from the University of Michigan.

She feels her dancing has contributed to the art.

“I always knew that I just wanted to dance. It’s much more interesting as a person from the outside to come and move people from the land of these dance forms,” she explained.

The modest artist owes her success to her being fortunate.

“I have been extremely fortunate. If you follow your passion or you simply do something that you enjoy, things may turn out well also,” Lowen said.

“I have a responsibility to the gurus, their art, and values.”

“People have a great reaction if they see a great dance. There is responsibility to give a worthwhile experience more than just an entertainment as there is more than enough to choose from,” she said.

(Mudita Girotra can be contacted at [email protected])

Odisha man dressed as a groom consigned to flames