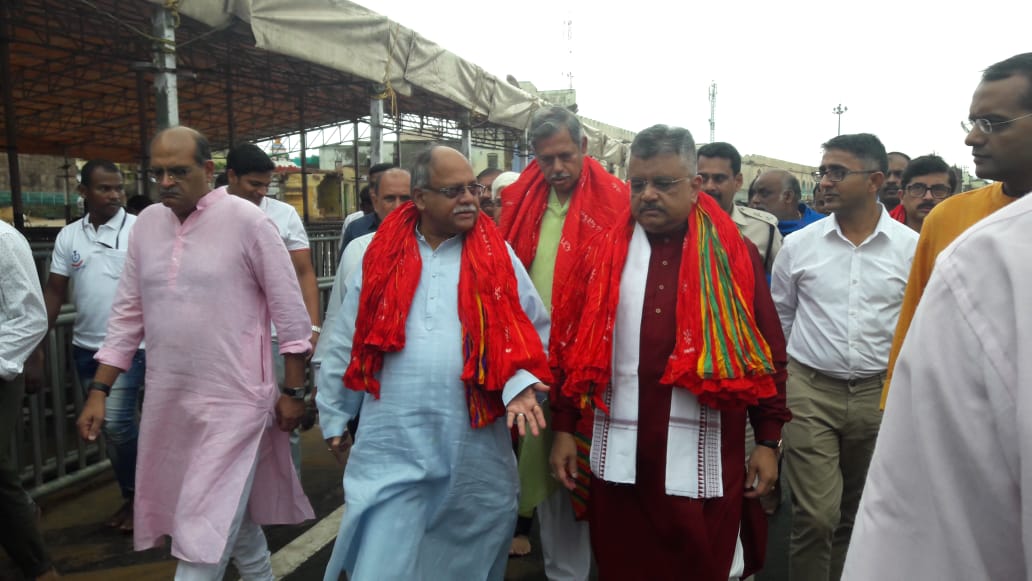 Giving a thumbs up to eviction drive carried out by Puri district administration, amicus curiae Ranjit Kumar described the project as ‘right step’ towards making the city as world’s heritage site.

“The eviction drive carried out by the state government around Srimandir in Puri is in public interest and nobody is forced to vacate the encroached area. The demolition is being conducted after negotiating with people, who are in possession of the structures located adjacent to Jagannath Temple, for beautification of the city, said Kumar after a meeting.

On demolition process that triggered outrage among the locals as well as the seers of various mutts, he said that eviction was not ‘forceful’ and beautification project will promote Jagannath culture.

“The project approved by the government is correct. It should not be halted as it is being carried out for wellbeing of all including the servitors, priests, locals and devotees. With proper execution of the project, the culture of Lord Jagannath will be promoted worldwide,” the amicus curiae told media.

Worth mentioning, Kumar is on a trip to Odisha since yesterday on instruction of the apex court to look into the initiative taken by Odisha government for making Puri as the world pilgrim city. During his visit, he inquired Srimandir Managing Committee views and conducted field inspection to examine whether the drive is being carried out upsetting people.

Earlier in the day, he visited Srimandir and had holy darshan of Lord Jagannath. He interacted the future plan with Puri Gajapati Dibyasingha Deb and other officials including Shree Jagannath Temple Administration (SJTA) Chief Administrator Krishan Kumar about upcoming Nagarjuna Besha of deities scheduled next year after a long gap of 25 years at the centuries old shrine.

Elderly woman killed, another injured in wall collapse in Boudh

Gold, silver worth over Rs 3 crore seized from vehicle in Odisha