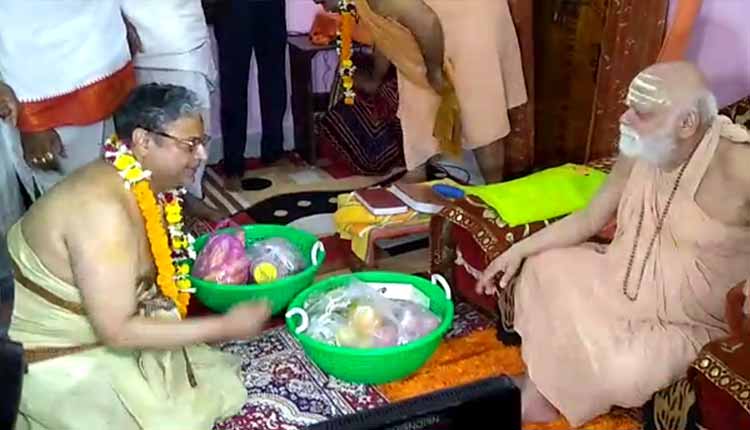 Puri: The Supreme Court-appointed amicus curiae Gopal Subramanium will consider the suggestions given by Puri Shankaracharya on Sri Mandir reforms.

The steps will be taken on basis of suggestions by Shankaracharya as well as the valuable information regarding age-old traditions of the Jagannath temple, said Subramanium after holding a closed-door meeting with Shankaracharya in Puri here today.

Earlier in the day, Subramanium visited Sri Mandir to have darshan of Lord Jagannath before attending a meeting with the Shree Jagannath Temple Administration (SJTA).

Later, he will hold discussion with Chhatisa Nijog and Gajapati Maharaja Dibyasingha Deb.

Based on the suggestions from the SJTA, Shankaracharya, managing committee members, the amicus curiae will submit the final report to the apex court.

Notably, the SC on September 5 had deferred its hearing on Puri Sri Mandir reforms after Subramaniam sought four-week time to submit the final report.

Earlier, the court had directed the SJTA for implementation of 12 proposals as a part reforms in the centuries old shrine.