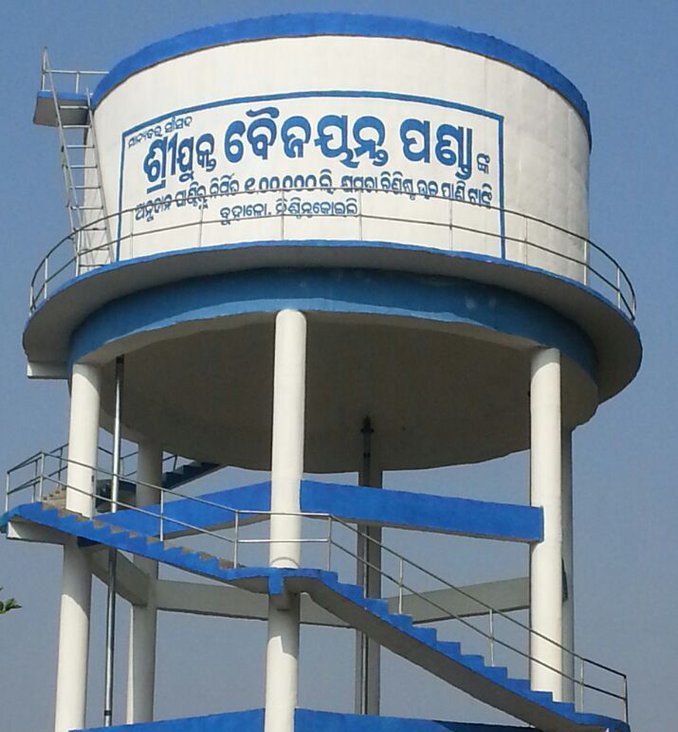 Cuttack: In the backdrop of an evident infightning in the local unit of BJD, party’s Kendrapara MP Baijayant Panda today inaugurated an overhead drinking water tank at Buhalo under Nischintakoili block of Odisha’s Cuttack district.

Amid deployment of policemen near the spot to avoid any untoward incident, Panda arrived with his supporters and inaugurated the MPLAD-funded 1,00,000 litre drinking water project costing Rs 24 lakh. The MP also addressed the gathering after the inauguration.

“I would thank the people of my constituency for being present here in thousands of numbers supporting this inauguration against the threats of certain anti-social elements. I would like to remind them that last year at Mahanga, some people had thrown stones and eggs at me. I had promised that even bullets can’t stop me from coming and being with the people of my constituency,” Panda said speaking to reporters.

“This is the 12th out of 57 such projects under MPLAD scheme that are being built all over the Lok Sabha constituency. Each one of them has one lakh litre capacity,” he added.

It may be recalled here that Nischintakoili block BJD president Ramakanta Mohanty and Panchayat Samiti chairperson Sabita Ojha had written to Cuttack Collector seeking cancellation of permission granted for the inauguration programme and submitted copies of the letter to Chief Minister, Director General of Police, Home Secretary and Cuttack SP (Rural).

In the letter, the local unit of BJD had alleged that the MP is not in touch with local residents and there is resentment among people which may take an ugly shape as Panda is attending the programme while local Mahanga MLA and Health Minister Pratap Jena is being ignored in the event.

However, Panda’s political secretary Jyotiprakash Ghose had clarified that invitation letters were sent to all concerned persons.