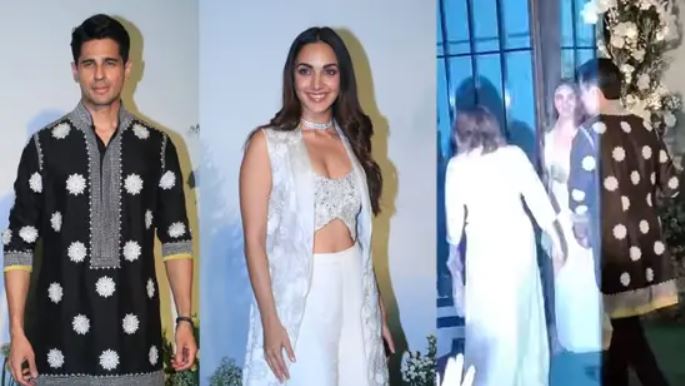 Sidharth was seen in a black kurta pyjama for the party while Kiara was dressed in a white and grey top and pants paired with a long shrug. The two posed for the photographers, Sidharth then joined Kiara to lead her to the party.

It is not clear what led to rumours of their split. Sidharth and Kiara were seen sharing screen space together in the film very well received ‘Shershaah’.

Kiara is currently gearing up for the release of her upcoming film ‘Bhool Bhulaiyaa 2’ and will next be seen in ‘Jug Jugg Jeeyo’, ‘Govinda Naam Mera’ and a Telugu film.

Sidharth too has a lineup of films such as ‘Yodha’, ‘Mission Majnu’ and ‘Thank God’ in his kitty.