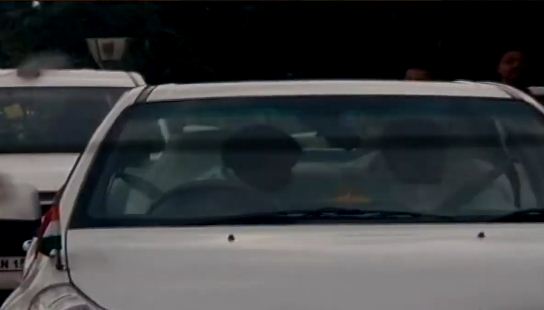 Bhubaneswar: The Odisha Chief Minister, who prefers to stay away from media glare, has once again caught the attention of lensmen. This time, for abiding by the law, in the backdrop of implementation of amended motor vehicle act.

Naveen Patnaik was seen seated in his official vehicle with seat belt fastened, while on his way to Lok Seva Bhawan. The scene signifies how sincere the CM is in terms of adhering to traffic rules.

Reportedly, few other legislators were seen coming to work flouting the rules.

Interestingly, BJD leader Bishnu Das when asked by media persons on not putting on the belts, he naively replied: “I am wearing two belts.” (He was seemingly referring to his trousers belt and the vehicle seat belt).