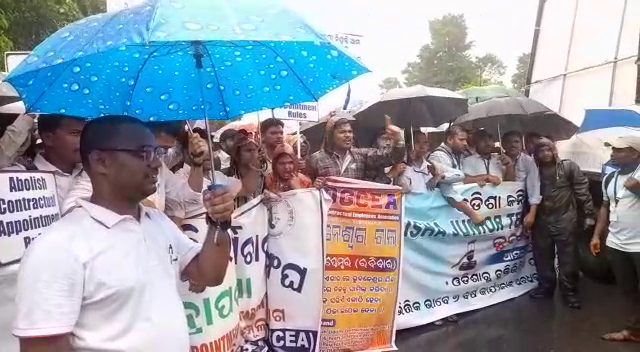 “Odisha government had implemented the contractual appointment rules during financial crisis in the state. With growth of the state’s economy, the contractual service of employees should have been converted into permanent, but it did not happen. Protesting the contractual appointment rules, a mass demonstration had been staged for three days in 2018 following which the government had made a written commitment assuring to resolve the issue within a month. However, it went in vain. Today, we hit the street once again to mount pressure on the government,” said an agitating contractual employee of the association.

The protestors set one-month ultimatum to the government, warning to intensify the agitation if their demands are not met soon.