Amidst COVID-19 restrictions, devotees to get Puri Mahaprasad in Kartik month 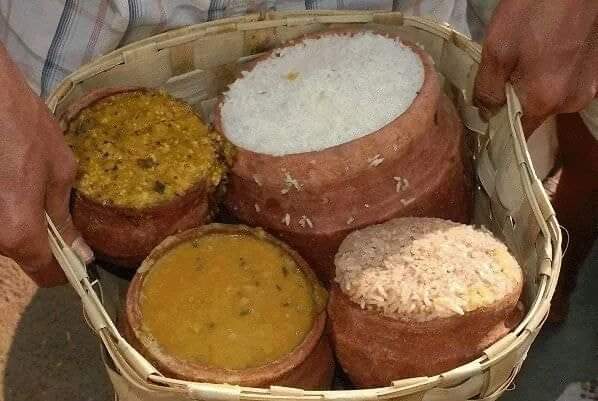 Puri: Even as devotees and Habishyalis are restricted to enter into Srimandir and get darshan of deities in Kartik month this year due to COVID-19 pandemic, they can avail Mahaprasad in the holy month.

The Mahaprasad will be available for devotees in a systematic process during the holy month Kartik. The shed facility to avail Mahaprasad is being made at Uttar Dwara (north gate) and Dakshina Dwara (south gate) of Srimandir, informed Mahasuara Nijog Secretary Krushna Chandra Pratihary today.

“Two counters will be opened by the Mahasuara Nijog. The devotees can buy Mahaprasad after getting token for it in a queue,” the servitor said.

The decision to make Mahaprasad available for devotees was taken after the matter was raised at the Chhatisa Nijog meeting held yesterday.

The nijog members had suggested to make sheds and counter facility for availability of Mahaprasad for devotees in the month of Kartik. As per their suggestion, the district administration is making arrangement for building sheds at two gates of Srimandir, Pratihary said.

As per the decision, each shed will have 50 ft length and 50 ft width. It will consist of five rows. The devotees can place orders for Mahaprasad and receive the same standing in a queue after getting token from the counter.

“Six servitors (3 each) will be assigned to stay at both Uttar and Dakshina Dwara. They will bring Mahaprasad from the Ananda Bazar as per order,” Pratihary said adding that nijog will release two numbers soon through which the orders for Mahaprasad can be placed.