Amit Shah flags off ‘Run for Unity’ in Delhi 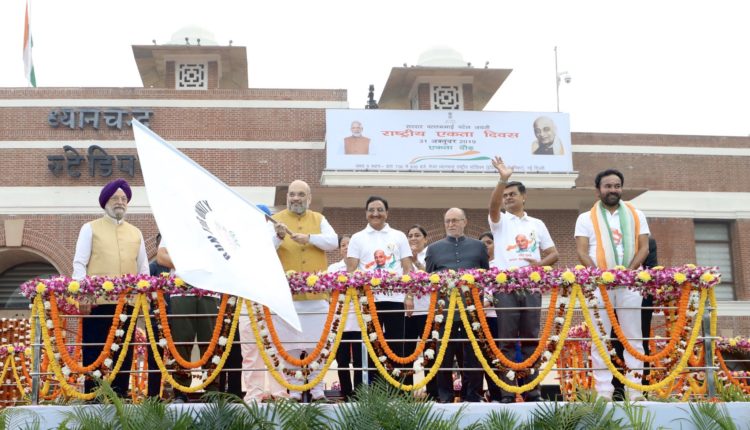 New Delhi: Union Home Minister Amit Shah on Thursday flagged off the ‘Run for Unity’ from Major Dhyan Chand Stadium here as the nation paid tribute to Sardar Vallabhbhai Patel on the occasion of his 144th birth anniversary.

Five-time World Amateur Boxing champion Mary Kom handed over the flag to Shah before he flagged off the run on National Unity Day.

Thousands of people, including school children and ex-servicemen along with a number of senior citizens took part in the marathon which will culminate at Amar Jawan Jyoti, India Gate.

Nearly 12,000 people, including 3,000 school children and 300 ex-servicemen along with a number of senior citizens, took part in the marathon last year in 2018.

The 144th birth anniversary of Patel is also promoted as ‘National Unity Day’ through a “Run for Unity” event.

This will be the first birth anniversary of Patel after India abrogated Article 370 of the Constitution that gave special powers to Kashmir.

The BJP had blamed first Prime Minister Jawaharlal Nehru for this contentious Article, stating that had Kashmir been left for Patel to handle, Article 370 would not have come into existence.