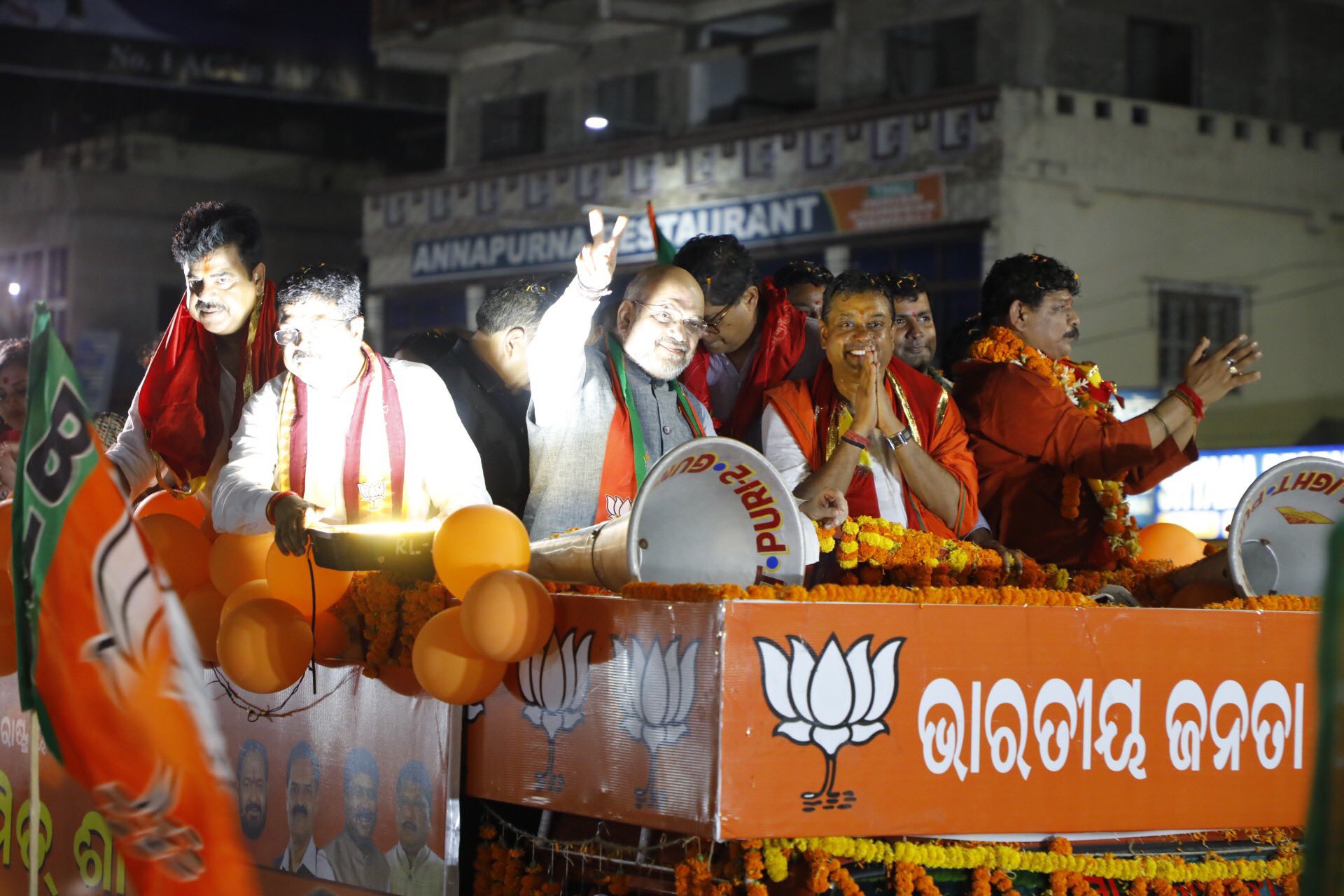 Bhubaneswar: Bharatiya Janata Party President Amit Shah on Tuesday held out a roadshow in the pilgrim town of Puri ahead of Lok Sabha and Assembly elections in Odisha.

After having a ‘darshan’ of Lord Jagannath and his siblings, Shah began the roadshow, accompanied by by party leaders like Baijayant Panda, Dharmendra Pradhan and Puri Lok Sabha candidate Sambit Patra.

The BJP, in its election manifesto, promised to make Puri the cultural capital of the country.

Elections to Odisha’s 21 Lok Sabha and 147 Assembly constituencies will be held simultaneously in four phases on April 11, 18, 23 and 29.