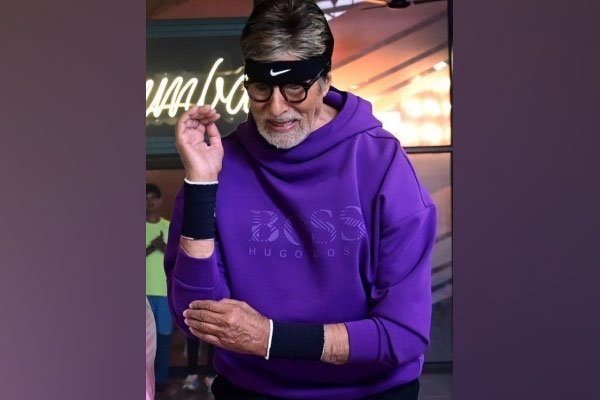 Amitabh shared a picture on Instagram, where he is seen dressed in a Purple track suit and a black sweatband. He is seen doing the hook step from the song which is featured in the forthcoming film ‘JugJugg Jeeyo’.

Actor Varun Dhawan took to the comment section as he could not control his excitement and wrote: “Sir (with several heart emojis).”

Earlier on Monday, Big B shared a throwback video performing on stage in 1983.

On the work front, Amitabh will be seen in ‘Brahmastra’ and ‘Uunchai’.