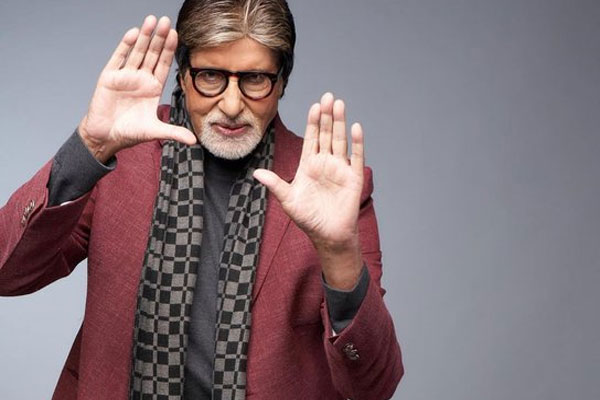 Mumbai: Megastar Amitabh Bachchan has started shooting for the new season of the popular quiz-based reality show ‘Kaun Banega Crorepati’. He shared that there have been some “amazing contestants” and that their lives have been inspiring and filled with immense admiration.

Big B took to his blog where he talked about working on the new season of the show.

He wrote: “‘KBC’ has begun and so has the love and affection of the audience that has been now allowed due to the restrictions of the virus being, well, slightly liberal .. and to witness that has been a huge gift .. giving impetus and love and the required energy to carry the work forward, with the grace that has been with the show for the past, well, almost 22 years ..”

He expressed gratitude to the audience and to those who watch the programme.

The thespian also wrote about the contestants and their stories.

“There have been some amazing contestants so far, and their lives and their stories have been most inspiring emotional and filled with immense admiration.

He added: “The interaction with them is a learning each moment for me .. their expressions their expectations, their confidence in the responses that they give, all go into the making of every episode each day .. day after day .”

“So .. thank you audience .. and thank you for your belief and love.”