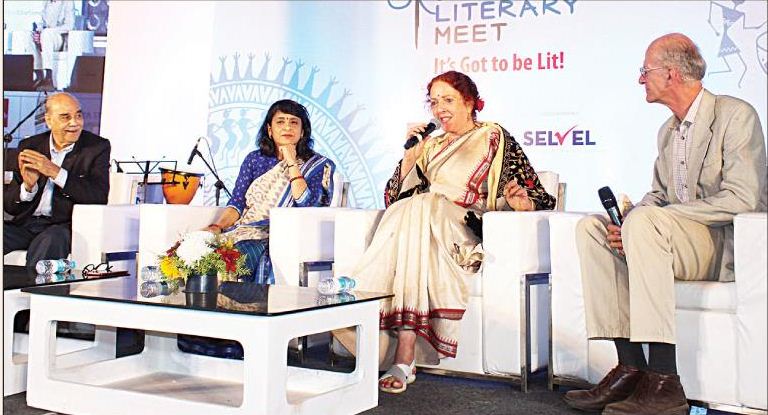 Bhubaneswar: Odisha has become the favourite amongst States, said Padmashree Ileana Citaristi during a literary meet here on Sunday.

“I entered into India through Kerala. But, Odisha is now my favourite State,” said the Italian-born Odissi and Mayurbhanj Chhau dancer Ileana.

She had visited India in the year 1979 for learning classical dance in Kerala. However, she has been here in the country for the past 40 years.

“I don’t know how six years passed in Odisha during my first six month-trip to India. First I had visited Kerala and decided to stay here for six months to learn dance. I was suggested to come to Odisha to learn Odissi from veteran Odissi dancer Sanjukta Panigrahi. I came to Odisha on my mission for a 3-month stay. Then I was advised to meet legendary Indian classical dancer and exponent of Odissi dance Guru Kelucharan Mohapatra in Cuttack. Since then my path was changed and I settled here,” she shared her experience at the Tata Steel Bhubaneswar Literary Meet on the concluding day.

Even after returning to Italy, I had to come back here. The attraction towards Odisha, its dance and culture forced me to live here for decades, she added.

Similarly, Odisha has become the home for another woman entrepreneur.

Attending the programme, ‘Sambad’ Group MD Monica Nayyar Patnaik said, “Now Odisha is my home. I had first visited the State in 1984 to offer prayer to Lord Jagannath in Puri. After a few years, I married in Odisha and have been residing here for past 20 years.”

“Initially, I was facing problem in speaking Odia. I was communicating in Hindi and English with my father-in-law. Later, I was fluent in the language after learning it from my mother-in-law, who is a retired Odia Professor. Even I speak it during my stay at my father’s house in Delhi,” she added.

She likes Odia cuisine the most and now Odisha has become her home State.

Odisha: Srimandir servitors to be penalized for delay in rituals

Crocodile count up in Odisha’s Bhitarkanika