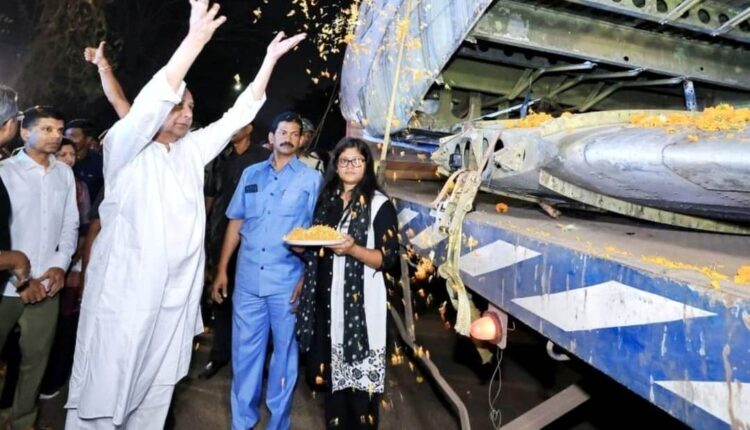 Patnaik’s son and incumbent Chief Minister Naveen Patnaik welcomed the aircraft at BPIA. An emotional Naveen showered flower petals on the aircraft. “I am delighted that this legendary aircraft of Biju Babu has finally returned to Odisha. He had many historic exploits in this aircraft, the greatest of which was when he flew to Indonesia through the Dutch locations and the only other person in the aircraft was my mother who was his co-pilot. He flew to Indonesia to rescue the independence leaders during their freedom struggle. That was his greatest adventure on this aircraft,” Naveen said. 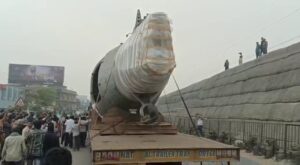 The dismantled aircraft would be reassembled and displayed in front of BPIA, which has been named after the legendary leader. The Airport Authority of India has allocated 1.1 acre land near BPIA for the purpose, sources said.

Hundreds of people congregated on both sides of the road at Jagatpur, Sikharpur and Madhupatna in Cuttack to have a glimpse of the Dakota aircraft. Several outfits in the Silver City have urged the state government and the authorities concerned to display the aircraft near Anand Bhawan, the ancestral house of the late leader which has been converted into a museum a few years ago. 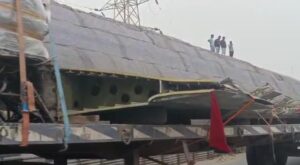 Patnaik had formed Kalinga Airlines with 15 Dakota (DC-3) planes at its headquarters at Kolkata. The airplanes were being used for transportation of Army jawans to Kashmir, sources added.

Patnaik had used a Dakota aircraft to rescue the then Indonesian Vice President Muhammad Hatta and Prime Minister Sutan Sjahrir from their enemies in 1947.

The state government had initiated process to bring the 64-foot long aircraft having a wingspan of 95 feet to Odisha in 2020. However, the process was delayed due to the Covid-19 pandemic.