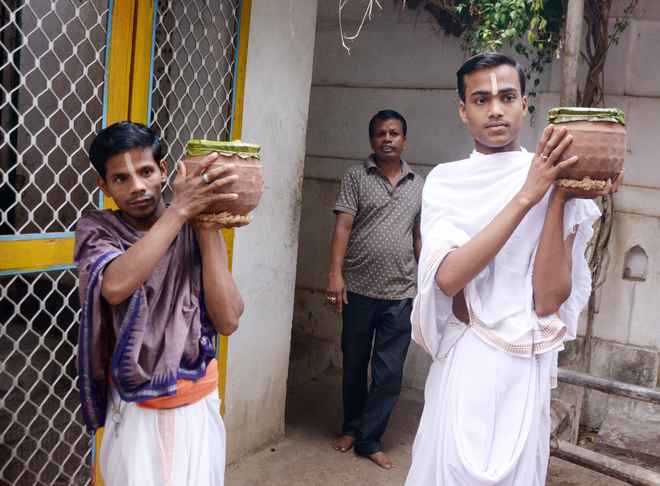 As part of Gupta Seva (secret rituals) during period of Anasara, the Chaturdha Murti are undergoing treatment as per the rules written in scriptures. Under the system, the successors of Biswabasu and Bidyapati (major servitors) are entitled to massage herbal oil on the bodies of lords before removing pastes made from herbs applied on the ailing lords. According to the system, the servitors have applied the Phuluri oil on bodies of Chaturdha Murti (Lord Jagannath, Balabhadra and Devi Subhadhra along with Sudharshan) on the pedestal of Anasara house on Wednesday.

The Phuluri oil is provided by Odia mutt. The compositions of the oil are — pure sesame oil, roots of Bena, different fragrant flowers like Jasmine, Jui, Malli. The sesame oil is the base oil of the Phuluri oil. The oil mixed with all the above ingredients is kept in an earthen pot. The pot is sealed with clay and kept in underground since Hera Panchami to Anasara period every year. During Anasara rituals, the Phuluri oil is sent to the temple for treatment of lords, who fall sick (fever) for 14 days after having holy bath on Snana Purnima.