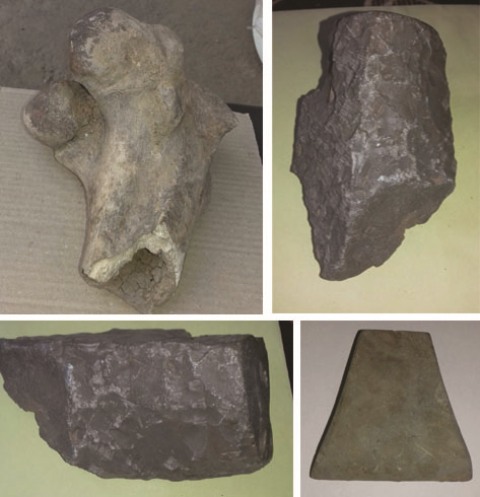 Jajpur: In a major breakthrough, fossils of an ancient animal were found here in Odisha’s Jajpur district.

The locals discovered the fossils of an oldest animal from Radhanagar village under Dharmasala police limits on Sunday.

The animal was believed to have existed thousands of years ago on the earth, informed a researcher Nrusingha Charan Sahoo.

The fossils were found during excavation made for repairing work of river embankment in the locality. Digging around 35 ft deep, the locals discovered the fossils of a rare animal.

After getting information from the locals, Sahoo, who is the founder of Gajaraj Museum in Dharmasala, rushed to the site and started research on the fossils.

With the discovery of fossils of an ancient animal, a new chapter was added to the history of Radhanagar, Sahoo told media.

Know the kings who ruled Odisha through these coins