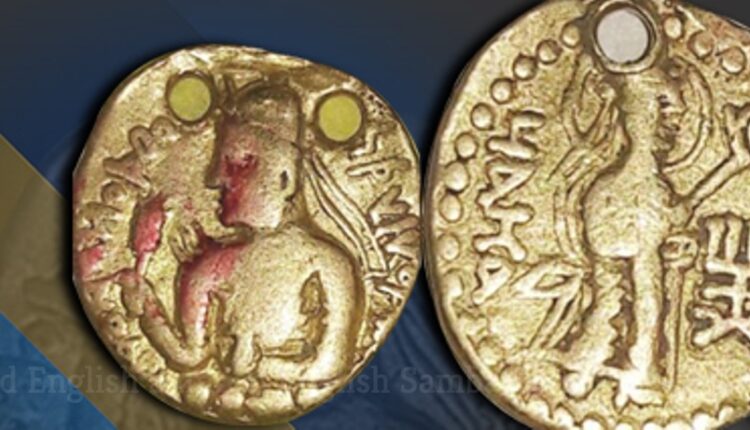 Jajpur: An ancient gold coin was recovered by a farmer in Radhanagar village under Dharmasala Tehsil of Jajpur district today.

When the farmer, Benudhara Nayak was carrying out agricultural activities in his field, he stumbled upon the ancient gold coin. Weighing about 7.5 gram, the gold coin has two holes. While on one side of the coin a king holding a torch has been embossed, the other side featured an animal.

The local Sarpanch Akrur Charan Nayak said something has been written on both sides of the coin in Mandarin language. “Besides, may be the image of a Chinese king has been embossed on the coin,” the sarpanch added.

Welder stabbed to death in full public view in Odisha’s…