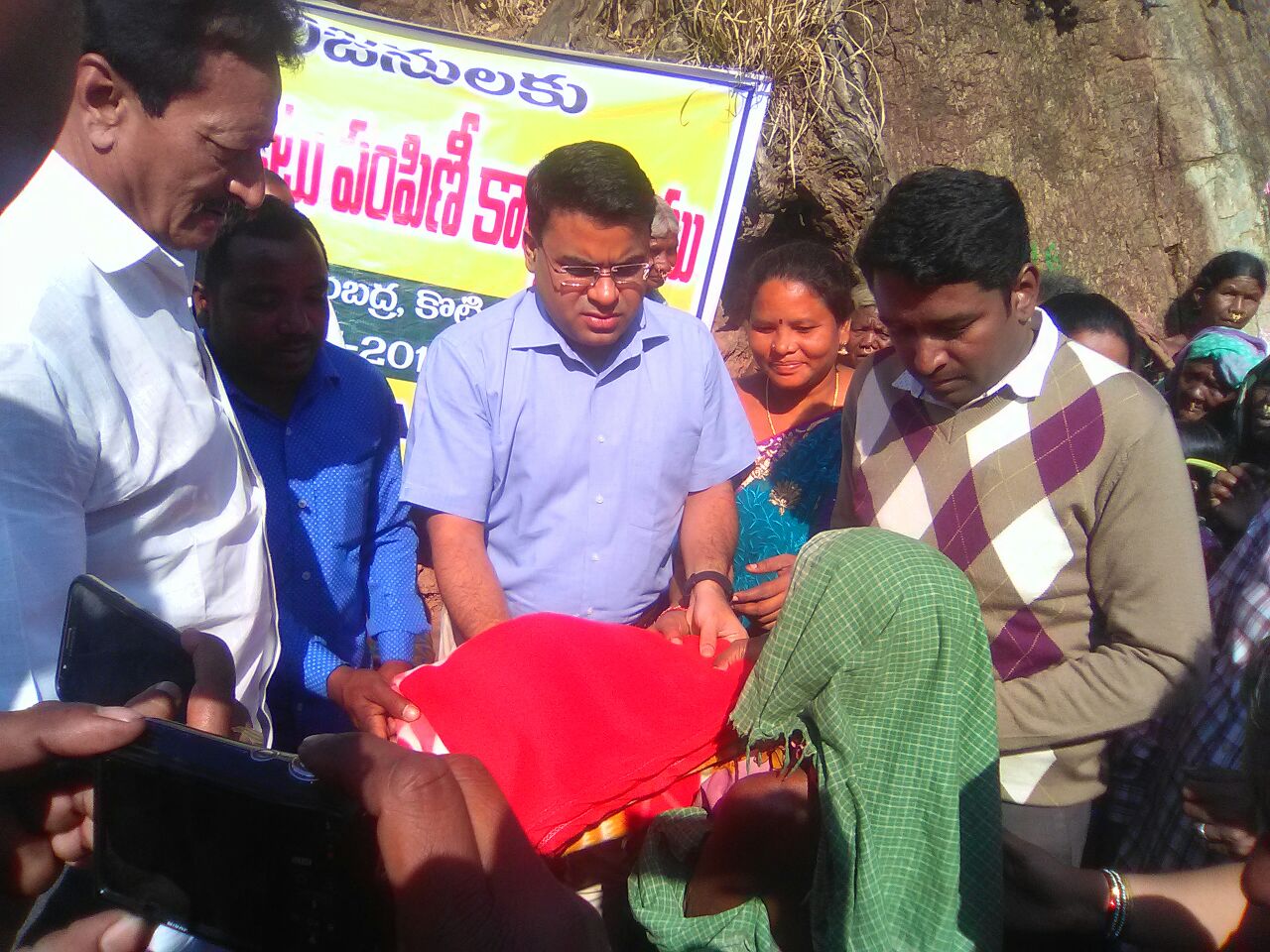 Koraput: Yet again to claim that border villages in Koraput district belong to Andhra Pradesh, the officials of neighbouring State were found distributing blankets to lure the tribals at Kotia gram panchayat on Tuesday.

On being informed about the incident, Koraput sub-collector Krutibas Rout reached the spot and held discussion with the Andhra officials.

The officials were allegedly motivating the villagers to be included under Matrubhumi scheme launched by the Andhara government, informed Koraput Collector Anupam Saha.

The Collector has submitted a report to the state government on trespassing of Andhra officials in Kotia gram panchayat, said BJD leader Rabi Narayan Nanda.

According to reports, after conducting survey of developmental projects at Ganjeipadar village in Kotia gram panchayat located on Andhra-Odisha border on Tuesday, the officials distributed the blankets among the villagers.

The blankets were provided to the villagers on the occasion of Janambhumi programme, which is observed in Andhra from January 2 to 11 every year.

As a cluster of around 21 villages of Kotia gram panchayat are located on Andhra-Odisha border, the neigbouring state has been trying to take those villages into their province.

After we came to know that some officials of Andhra Pradesh visited the villages in Kotia gram panchayat, a team led by sub-collector was sent to the spot for inquiry, said Collector Saha.

The officials had already departed the place after we reached Ganjeipadar village, said Krutibas Rout.

When asked to the villagers about the Andhra officials, they said that the officials distributed some blankets and old age allowances among people. They also informed people about various welfare schemes and programmes launched by the Andhra government, Rout said.

Shocking! Odisha tribal woman taken away by force for marriage