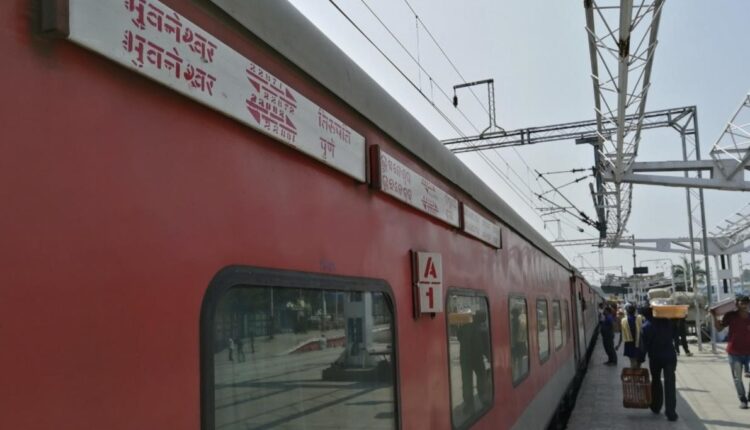 Train No. 22871 Bhubaneswar-Tirupati Express from Bhubaneswar will remain cancelled on November 21 (Sunday) for waterlogging on the railway track in neighbouring Andhra Pradesh due to floods, the ECoR release stated today.

Similarly, 12845 Bhubaneswar-Yesvantpur Express from Bhubaneswar will be controlled enroute or may be partially cancelled from Visakhapatnam in view of flood situation in south-central railway jurisdiction.

The flash floods due to heavy rains triggered by a series of depression over the Bay of Bengal caused extensive damage in Andhra Pradesh.

As many as 20 people have lost their life due to floods in Andhra Pradesh and over 30 people are still missing, Andhra Pradesh Government report stated on Saturday.