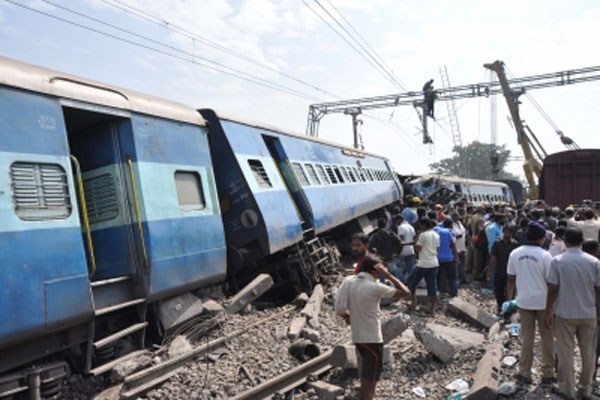 Bhubaneswar: One person from Odisha among five was killed in a train accident in Srikakulam district of Andhra Pradesh on Monday.

The deceased person has been identified as Jitu Nayak from Ganjam district.

Source said that Nayak was admitted to a hospital in Vizianagaram where he died.

So far, three deceased persons among five have been identified, of which one is from Odisha. And two others were the residents of Assam.

According to reports, five persons were run over by the Mumbai-bound Konark Express train yesterday night.

Railways officials said that few people travelling in Coimbatore-Silcher express pulled chain midway of the Visakhapatnam-Palasa main line between Sigadam and Chipurupalli and tried to run on the track opposite side. At least five people were run over by the Bhubaneswar-CST Mumbai Konark Express that was coming on the same track.

One injured person was carried in the same train to Srikakulam Road Station and he was taken to a hospital in an ambulance arranged by the railway authorities.