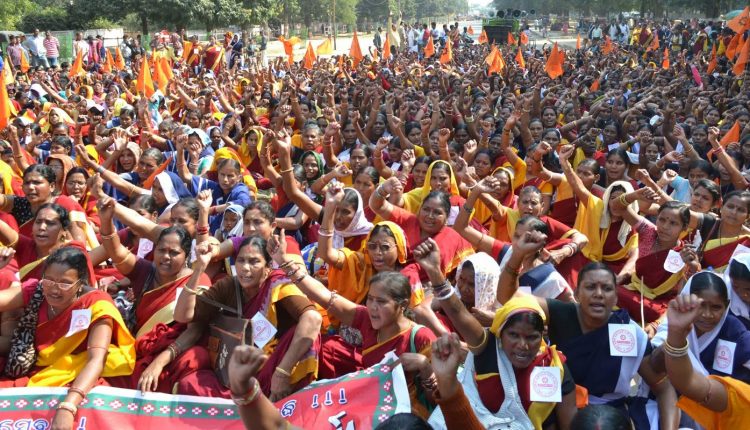 Bhubaneswar: With the government deadline to resume work ending Monday, the agitating Anganwadi workers today put their stir on hold after assurance from Odisha government.

The Anganwadi workers have been agitating at Lower PMG in the capital city since 40 days over hike in honorarium, apart from other facilities.

The members had been pressing for fulfilment of a 12-point charter of demands. They had resorted to cease work agitation since September 12.

“We will continue to work as before. Government has said that we will be compensated as per prescribed norms for extra work,” Sumita Mohapatra General Secretary of All Odisha Anganwadi Ladies Workers’ Association said.

On the other hand, a section of the Anganwadi workers said that they would take the agitation to Delhi durbar where they would hold a demonstration at Jantar Mantar on November 17.

“By November 7, we will present a demand paper to BDO addressed to the Union government. On November 17, we will hold demonstration at New Delhi. We have put the agitation on hold after state government assurance that it will fulfil our demands. It has only met half of our demands, some are yet to be fulfilled,” General Secretary of All Odisha Anganwadi Workers’ Federation, Anjali Patel said.

Worth mentioning, two associations of Anganwadi workers had withdrawn from stir on October 17 after Chief Minister Naveen Patnaik announced hike in remuneration as we had reported here.

Post assurance from Patnaik, two associations had withdrawn their agitation. However, two other groups continued with the protest.

As the Anganwadi workers continued with their agitation here, Women and Child Development Minister Prafulla Samal had issued an ultimatum to the agitating Anganwadi workers to join work failing which the government would explore alternatives.

The state government was contemplating to rope in Self Help Groups (SHGs) as an alternative measure to tide over the crisis.