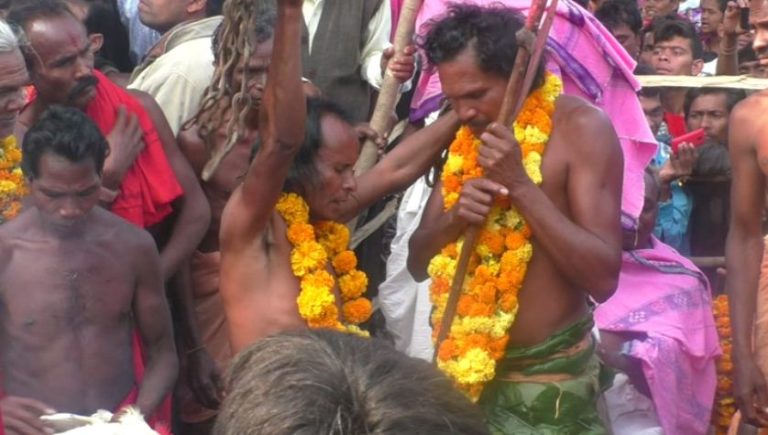 Balangir: Hundreds of tribals today celebrated the annual ‘Sulia Jatra’ at Khairguda in Odisha’s Balangir district sacrificing animals despite awareness by the local administration to refrain from the same.

The tribals marched in a procession to the ritual site at Khairguda and performed animal sacrifice at a place this morning.

As many as eight platoons of police personnel were deployed at the altar site to maintain law and order.

To propitiate the presiding deity, the devotees throng the Khairguda village of Kultapada panchayat under Tusura police limits of Balangir district on the second Tuesday of Pousa month every year with hen and goats for sacrifice.