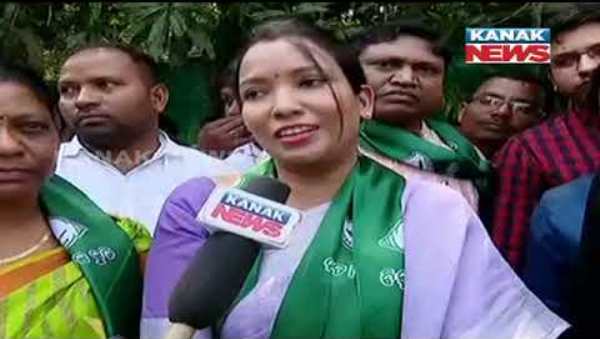 “I had decided to join the BJD earlier. As my father is in Congress, I was not able to take a decision on quitting the party. After consulting my in-laws, I joined the BJD,” Sunita told media after joining the party.

However, she denied to have joined the BJD with a purpose.

“Whatever the decision will be taken by the party supremo regarding tickets, I will accept it,” she added.

As Sunita was the executive president in Sundergarh district Congress, her joining in BJD after Naba Das and Jogesh Singh could be assumed as ‘all is not well’ in the party in Jahrsuguda and Sundergarh.

Sources said that the woman leader had applied to get a ticket from Congress for the upcoming Lok Sabha elections. However, the party decided to field the tribal leader George Tirkey, who recently joined the Congress, as the Lok Sabha candidate for the polls, and recommended Sunita’s name for Sundergarh Assembly ticket.

It is believed that the woman Congress leader joined the BJD expressing dissatisfaction on candidate selections by the party for the Lok Sabha and Assembly elections.

Prime accused in attack on cops inside police station arrested