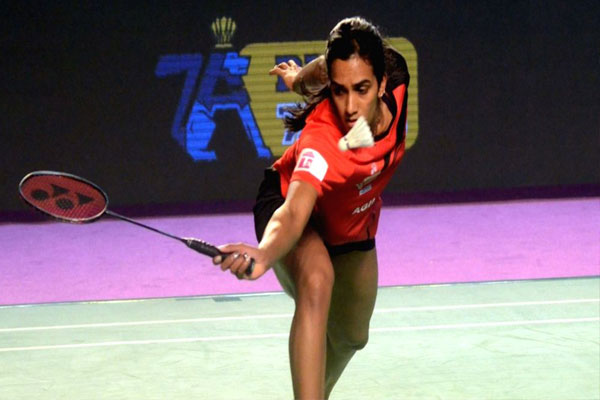 China: Ace Indian shuttler P.V. Sindhu continued with her poor form when she got knocked out in the opening round of the ongoing China Open after a shock defeat to World No. 42 Pai Yu Po of Chinese Taipei on Tuesday.

Sindhu lost the first game rather easily without giving any fight to her lower-ranked opponent. However, she came back strongly in the second game and played some powerful shots to take the match to the decider.

In the final game, Indian shuttler was trailing at the mid-break and she tried to reduce the deficit but eventually lost the final game 19-21.

PV Sindhu to play in Thomas and Uber Cup

Sindhu has now failed to reach finals in four straight tournaments following her gold medal at the World Championships in Basel.

Meanwhile, in men’s singles, H.S. Prannoy, who has recently recovered from dengue and was making a comeback after two months, faltered in the opening round and lost 17-21, 18-21 to Denmark’s Rasmus Gemke.

However, there was some good news in the mixed doubles as Satwiksairaj Rankireddy and Ashwini Ponnappa defeated Canada’s Joshua Hurlburt-Yu and Josephine Wu 21-19 21-19 to advance to the next round.