Another flashpoint? Trouble brews in Lucknow over Tile Wali mosque 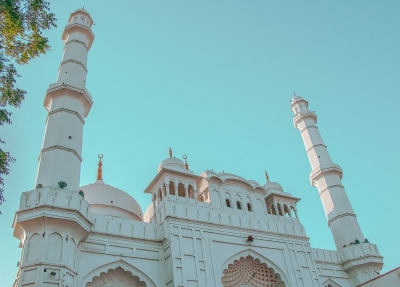 Lucknow: Lucknow, known for its Nawabi culture, now threatens to turn into a religious battleground.

Even as the Uttar Pradesh government is mulling a proposal to change the name of the state capital to Laxmanpuri after Lord Laxman, the decade-old controversy over the Tile Wali Masjid in Lucknow has gained momentum.

Emboldened over the ‘success’ in the Gyanvapi Masjid complex where court-ordered survey and videography was done last month, right wing groups in Lucknow have now launched the exercise for a similar survey of the Lucknow Mosque, claiming that it was originally known as ‘Laxman Tila’.

The case on this issue was first filed by lawyer Hari Shankar Jain in the Lucknow Civil Court in 2013, seeking a survey of the mosque.

Hari Shankar Jain and his son Vishnu Shankar Jain are known to be at the forefront of all such cases, including Gyanvapi and Mathura.

The Tile Wali mosque also has the tomb of Shah Peer Mohammad, forefather of the late Maulana Fazlur Rahman.

While the controversy has been going on for several decades, BJP veteran late Lalji Tandon, known for his historical knowledge of Lucknow, in his book ‘Ankaha Lucknow’ had accused Muslims of severing the city’s connect with Laxman, the younger brother of Lord Ram.

The issue took a curious turn in July 2018 when the BJP-controlled Lucknow Municipal Corporation (LMC) announced installation of a statue of Laxman at the crossing outside the Tile Wali mosque.

Mayor Sanyukta Bhatia said the decision was an attempt to establish the ‘Lucknow-Lakshman’ connect.

The statue is yet to be installed following stiff opposition from the clerics.

The tweet has led to speculations of a name change for the state capital.