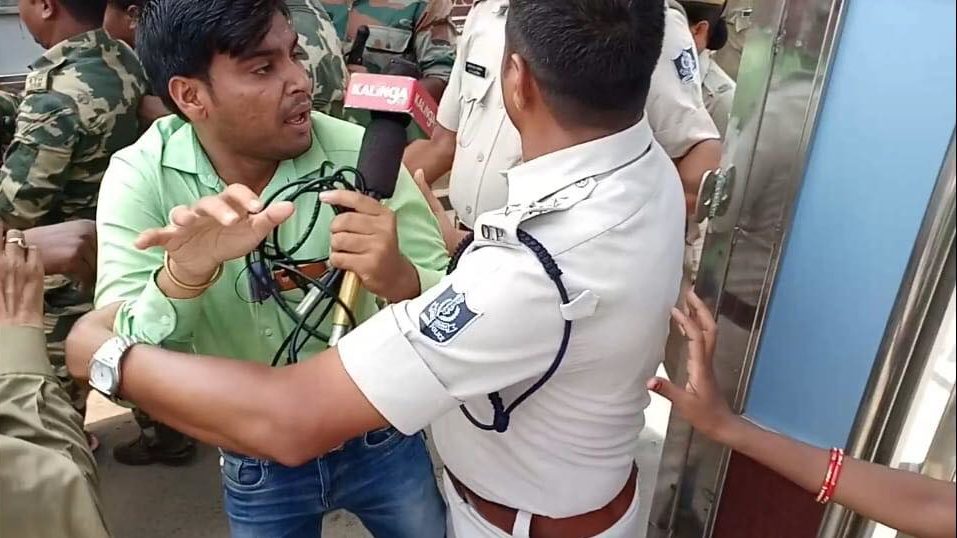 Sambalpur: Just a couple days after a journalist was allegedly manhandled by a police officer, one more scribe has faced similar fate at the hands of another cop in Dhanupali area of Sambalpur today.

According to reports, journalist Gunamani Biswal, working with a private news channel was allegedly manhandled by Inspector Kamal Panda of Dhanupali police station, while covering a protest of parents against a girl’s alleged molestation at St. Joseph’s Convent School.

While a large number of parents and media personnel were gathered in front the school gate, Panda allegedly misbehaved with Gunamani and forcibly pulled him away.

A group of journalists called upon the DIG (North) and sought action against the policeman for ‘manhandling’ and ‘misbehaving’ with the reporter.

Worth mentioning, Kendrapara SP Niti Shekhar landed in soup after the video footage of him pushing aside a reporter from a private news channel and arguing with him on July 17, went viral on social media.