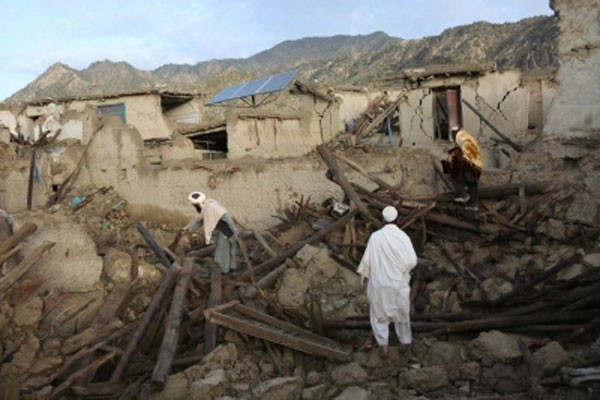 Kabul: At least five people were killed on Friday when a tremor hit Afghanistan’s Paktika province where a massive earthquake had claimed 1,100 lives earlier this week, authorities said.

“Unfortunately, once again an earthquake hit Gayan district of Paktika province roughly at 10 a.m. on Friday based on the initial information, five people were killed and 11 others wounded,” Xinhua news agency quoted the Ministry of Public Health as saying in a tweet.

On early Wednesday, the 5.9-magnitude earthquake, deemed to be the deadliest in two decades, struck the districts of Gayan and Barmal. Some 1,600 people were also injured as a result.

The epicentre was 44 km from Khost city and tremors were felt as far away as Pakistan and India.

More than 1,600 homes were destroyed in the worst-hit Gayan district.