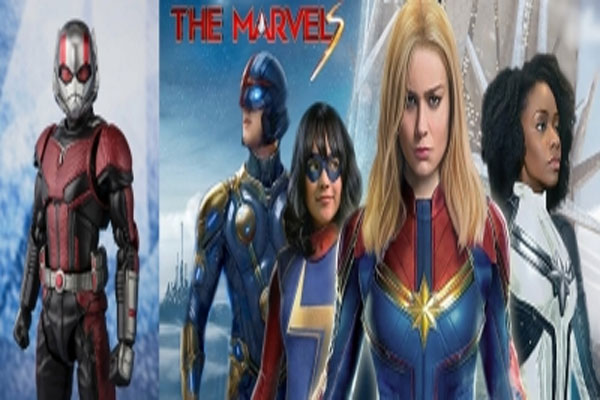 Los Angeles: In a rather unusual move, Marvel Studios has swapped the release dates of ‘The Marvels’ and the third instalment of the ‘Ant-Man’ series, reports ‘Variety’.

As per ‘Variety’, ‘Quantumania’, racing ahead of ‘The Marvels’, will now open in February, and ‘The Marvels’ will arrive in theatres in July. Insiders say this was a matter of ‘Quantumania’ simply being further along in its creative process than ‘The Marvels’ as the former has wrapped principal photography while ‘The Marvels’ still has a bit more to go. Marvel Studios’ other big theatrical release in 2023, ‘Guardians of the Galaxy Vol. 3’ is still set to debut on May 5, 2023.

‘Variety’ also states that ‘Quantumania’ was originally set to open in February 2023. But in October, it was bumped when Disney pushed back Marvel’s entire 2022 theatrical slate to give more time for ‘Doctor Strange in the Multiverse of Madness’ to complete filming and post-production, and to accommodate production delays on ‘Black Panther: Wakanda Forever’ following an injury to star Letitia Wright. ‘Doctor Strange 2’ is now the next MCU title set to debut; it will open in theatres on May 6.

‘Quantumania’ is expected to continue the multiverse storyline launched with the 2021 Disney+ series ‘Loki’, which featured Jonathan Majors as He Who Remains, whose death creates the multiverse in the MCU.

‘The Marvels’ is set to tie-in with two Disney+ shows: 2021’s ‘WandaVision’, which introduced Teyonah Parris as the adult Monica Rambeau, and this June’s ‘Ms. Marvel’ which will introduce Iman Vellani as Captain Marvel superfan Kamala Khan. Brie Larson is reprising her role as Captain Marvel, with Nia DaCosta (‘Candyman’) taking the onus of direction.