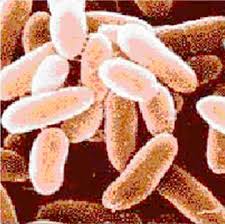 Two persons have died in the last three days and 10 others are in critical condition after being afflicted with anthrax in Dabuguda village in Renga panchayat under Kashipur block in Odisha’s Rayagada district.

The deceased are Somnath Nayak and Jaimati Jhadia, reports said.

The reason behind the spread of the disease is not known yet.

A medical team from Kashipur Community Health Centre has rushed to Dabuguda.  The team which is camping in the village is treating the afflicted.

Anthrax is a rare disease caused by the spores of the bacterium Bacillus Anthracis. It causes enlargement of the spleen and is also known as spleen fever or ‘wool sorter’s disease’. The bacterium is transmitted from animals to the humans and is caused by eating rotten meat, according to experts.