Anti-viral drug Molnupiravir may emerge as ‘game-changer’ in fight against Covid-19: Report 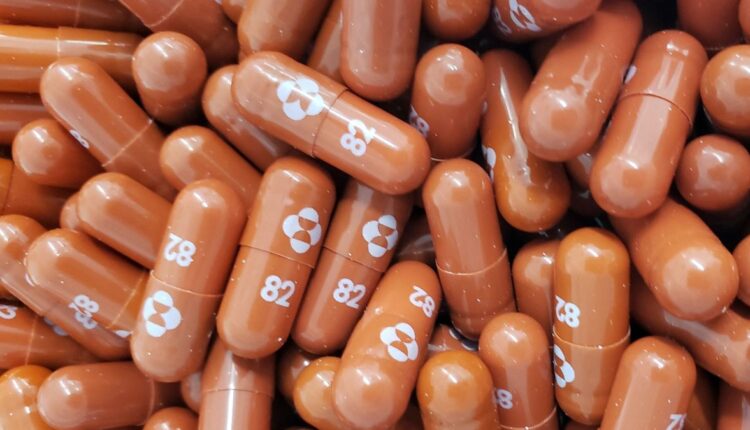 Hyderabad: Anti-viral drug Molnupiravir may emerge as the game-changer in the fight against Covid-19 as studies suggest it can reduce the risk of hospitalisation or death in newly-diagnosed patients, an expert says.

Distinguished cardiologist and health systems expert Dr Krishna Reddy Nallamalla believes that Molnupiravir as an effective oral drug for treatment of Covid-19 assumes significance as cases are still being reported despite vaccines, which are not as effective against the spread of the virus and have lower efficacy against certain variants.

Almost two years since the onset of the pandemic, the world has reported close to 250 million positive cases and 5 million deaths, while half a million cases are still being reported every day.

“We have face masks, vaccines, and steroids to fight the pandemic. We also have the expensive injectable antiviral drug Remedesivir and the monoclonal antibody cocktail for those who can afford these. Most of the oral drugs, including chloroquine, ivermectin, anti-HIV drugs, anti-hepatitis drugs.. did not stand the scrutiny of scientific studies. Some others had weak evidence to be of large-scale,” said Dr Krishna Reddy, who is also President of InOrder, a nonprofit institute working to strengthen systems to secure health and Regional Director (South Asia) of global health non-profit, ACCESS Health International.

“Despite the development of Covid-19 vaccines in a record time period, the world continues to witness daily positive cases of half a million. While vaccines have been effective against moderate to severe illness, they have not been as effective against the spread of the virus. In addition, the efficacy is lower against certain new variants. Another growing concern has been the rapid decline in neutralising antibodies within six months after the second dose necessitating the booster dose in people at high risk,” he said.

He also pointed out that the inequity in access to vaccines has been glaring within and between countries.

On how Molnupiravir helps, Krishna Reddy said that the basic building blocks of coronavirus are ribonucleic acids (RNA), and their analogues can produce mutations that are lethal to the virus. While Remedesivir is an analogue and is demonstrated to reduce hospital stay in moderately-ill Covid patients, it is expensive and has to be given through the intravenous route.

“Molnupiravir was earlier developed as an oral drug against influenza. It is also an analogue of ribonucleic acids, similar to Remedesivir. In a preprint published in June, virus isolation was noted in 1.6 per cent of those patients receiving Molnupiravir compared to 16.7 per cent of those receiving a placebo on day 3 and 0 per cent and 11.1 per cent respectively on day 5,” Krishna Reddy said.

Merck and Ridgeback have announced on October 11, the submission of an emergency use authorisation application to the US FDA for the treatment of mild to moderate cases (room air oxygen saturation more than 93 per cent at rest).

The submission is based on positive results from a planned interim analysis from the phase 3 MOVe-OUT clinical trial, which evaluated Molnupiravir in non-hospitalised adults with mild to moderate Covid illness who were at risk to progress to severe Covid requiring hospitalisation.

In the interim analysis, there was a 50 per cent reduction in risk of hospitalisation or death (7.3 per cent with drug vs 14.1 per cent with placebo) with Molnupiravir. Full results of the trial are awaited.

Merck has previously announced that it has entered into non-exclusive voluntary licensing agreements for Molnupiravir with six established Indian generic manufacturers to accelerate the availability of the drug in more than 100 low- and middle-income countries (LMIC), following approval or EUA by their respective regulatory bodies.

The arrival of an effective and affordable oral drug has long been awaited in the fight against Covid-19 across the world and more so in LMIC which are yet to receive sufficient quantities of vaccines.

There is also growing concern about the duration of efficacy of the vaccines and their efficacy against new variants. Many rich countries have started booster doses while many developing countries are still waiting for their first doses.

Krishna Reddy believes that India is in a unique position to supply the needed vaccines to countries awaiting them and also the affordable generic oral Molnupiravir, to derive significant geopolitical mileage.

“Reaching the milestone of one billion vaccine doses, India has exhibited remarkable resilience despite the devastating second wave that was driven by the Delta variant. It has restarted its vaccine exports to other countries. It is in a position to start exports of the new effective oral drug that the world has been eagerly awaiting,” he added.