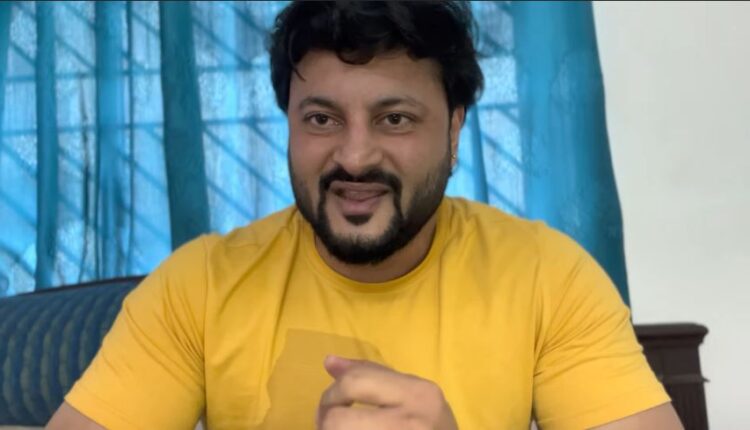 Bhubaneswar: The marital discord between Kendrapara MP and actor Anubhav Mohanty and his wife and actress Varsha Priyadarshini is far from being over as the parliamentarian has released a new video challenging her to face medical, forensic and lie detector tests.

Mentioning about a viral audio clip, which allegedly featured conversation between Varsha and her sisters in which the actress abused Anubhav and his family members, the MP said that she should have the courage to make the clip undergo forensic test as she had claimed that the voice in it was not hers.

“If necessary, I will move to the Supreme Court for revealing the truth,” said Anubhav.

Couple of days ago, he had released another video in which he challenged Varsha to undergo medical and polygraph tests. He reiterated the same in the fresh video.

Varsha had accused Anubhav and his family members of harassing her. However, he had refuted the allegations.

In the previous video, Anubhav went on to say that she never allowed him to consummate their marriage. He had then dared her for medical test over the matter.

On May 22, Varsha filed a complaint against him at the Purighat police station in Cuttack. Varsha in her complaint accused Mohanty of posting videos on social media and creating fabricated stories about her. She further said the parliamentarian in the video provided false information on her, thereby tarnishing her image.