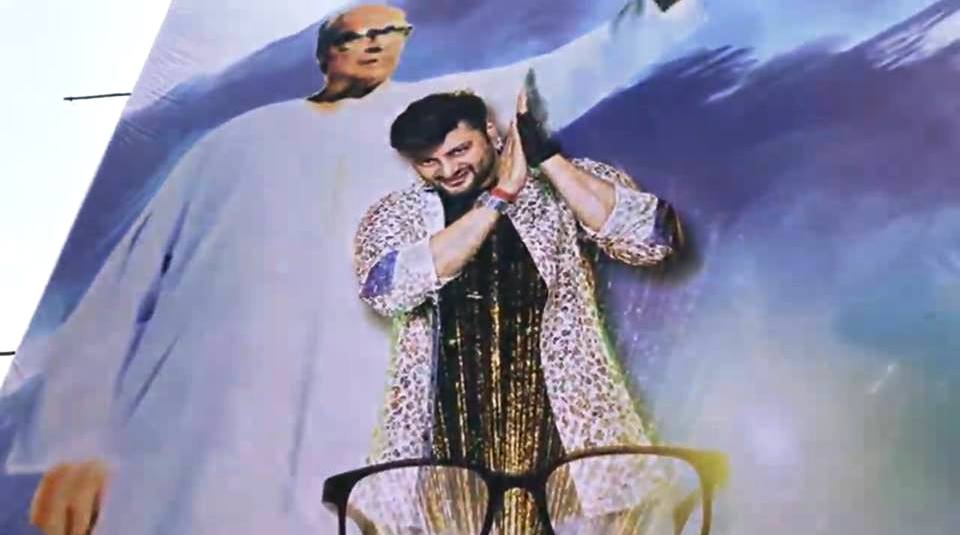 Bhubaneswar: Ollywood Superstar Anubhav Mohanty will be featured in upcoming movie titled ‘Biju Babu’, based on the life and ideology of legendary leader and former Chief Minister Biju Patnaik.

The poster of the movie was officially released at a special function held near the birthplace of Biju Patnaik in Cuttack today. Hundreds of fans and movie lovers gathered at the venue to see the the first look of the movie.

The movie under the banner of Prakash Films and Akshay Parija Productions has been directed by internationally-acclaimed and national award-winning Odia filmmaker Nila Madhab Panda.

The film is set to release in first week of April this year.

Producer  Akshay Parija said, “Biju Babu is an emotion. He is a pride for all Odias. The movie will illustrate the extra-ordinary works of Biju Babu and some important phases of his life. Actor Anubhav Mohanty is a medium though which we will represent the towering personality before every household in Odisha.”