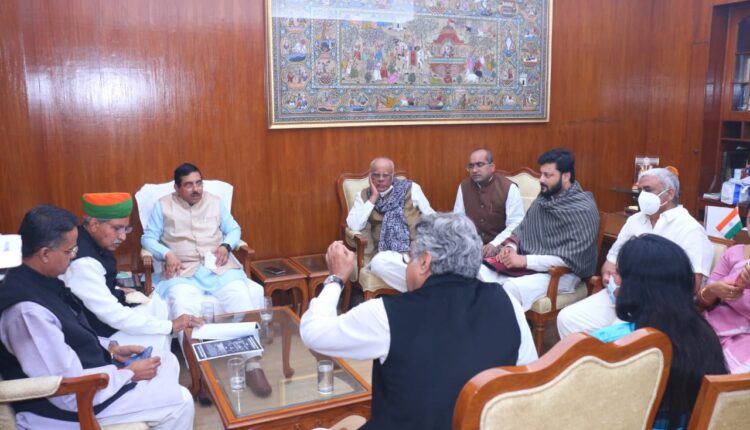 Bhubaneswar: Amid demand for withdrawal of heritage bye-laws for two ancient temples in Ekamra Kshetra, alleged non-cooperation of BJP MPs from Odisha raising the religious issue with the Union Government triggered a fresh row.

Nothing is done without a reason.I will speak at the appropriate time. Please wait and watch.Regards. https://t.co/4CNxhi54lk

The Lok Sabha member from Kendrapara Anubhav Mohanty had requested her personally to become part of the delegation, but she refused, said Anubhav in a tweet.

On request of Chief Minister Naveen Patnaik, a delegation of BJD members from Odisha had met the Union Ministers in New Delhi over the issue seeking withdrawal of the NMA bye-laws for two ancient temples in Bhubaneswar like Puri Srimandir.

The Bhubaneswar MP Aparajita Sarangi could not be contacted for comments.

However, such attitude of the parliamentarian in a non-political issue for interest of the State dragged her in a controversy again.

It is pertinent to mention here that the State Government and servitors of Lingaraj Temple have been demanding roll-back of the proposed draft notification that prohibits construction work around Ananta Basudeba Temple and Brahmeswar Temple in Ekamra Kshetra.

Yesterday, CM Patnaik had put forth his demand before the Centre for withdrawal of the bylaws that would affect livelihoods of Lingaraj Temple servitors.

Opposing the Centre’s proposed heritage bye-laws, the protestors on Friday had lit up lakhs of diyas (lamps) as mark of mass protest in front of the Lingaraj Temple.

Earlier, cutting across the partyline the parliamentarians from Odisha had raised their voice together before Union Minister of Culture Prahlad Singh Patel for withdrawal of bye-laws for Puri Srimandir following which the NMA rolled back the draft notification.

Will Anubhav be able to cross ‘every limit in…