Aparajita to debut as host on KANAK NEWS! 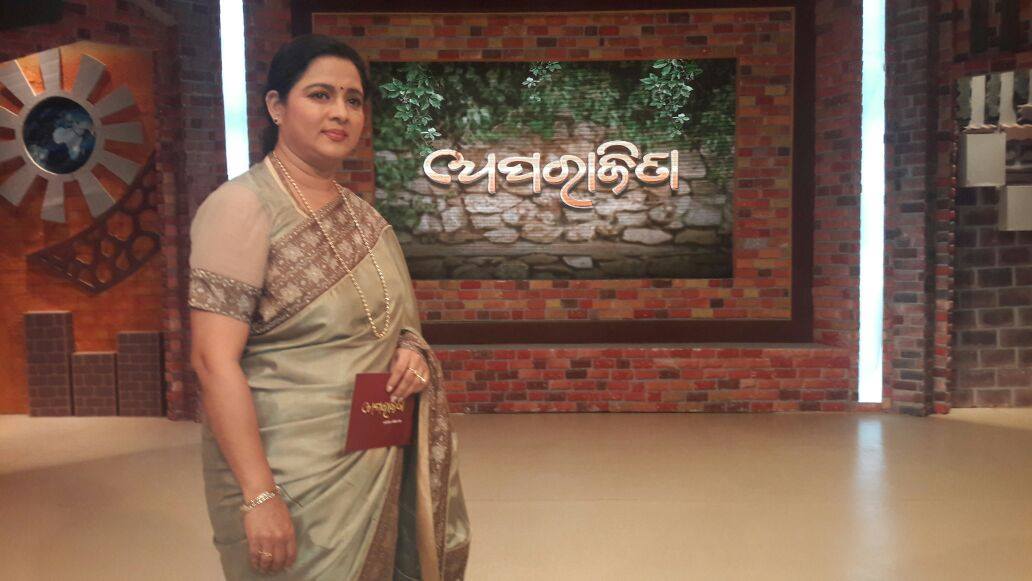 Yes, it is true! Aparajita is all set to make a debut as a host on the small screen with a reality show of KANAK NEWS. And guess the name of the show? It is titled as Aparajita. It is scheduled to be aired on KANAK NEWS every Saturday at 09:30 pm.

Aparajita celebrates the indomitable spirit of women who have beaten all odds and emerged as victorious survivors. It lends an ear to all the untold stories of individuals who have overcome rape, domestic violence, social injustice and all other vagaries that destiny could inflict on them. However, these women have not lived in denial or bargained for respite. They have fought through the darkest of the storms and seen the light of the day.

It is a show that will strike a chord in the hearts of the audience as much as it did with the host of the show Ollywood veteran actor Aparajita. “While shooting for the show, I heard heart-wrenching tales of these women and it was a nerve-tingling experience for me and did not fail to give me goosebumps,” said Aparajita.

“As a little girl, I used to ask my father as to why was I christened Aparajita, of all the names? He would never reply and just smile. After speaking to the people who have come on this show, I now understand the depth and the intensity of this word. I salute the sheer courage and grit of these women who came forward and agreed to share their tales on television, ” she added.

The stories of survivors is in abundance but the number of empathetic and sympathetic listeners does not anywhere near. And this is what the show is aiming at. You may have heard the shocking tale of a raped woman, but have you ever witnessed the agony of a member of a transgender looks directly at you and narrates the horrific incident where she was not raped once or twice but four times? This initiative of KANAK NEWS makes sure that the untold tales of anguish and trauma is brought to the attention of the audience across the state.