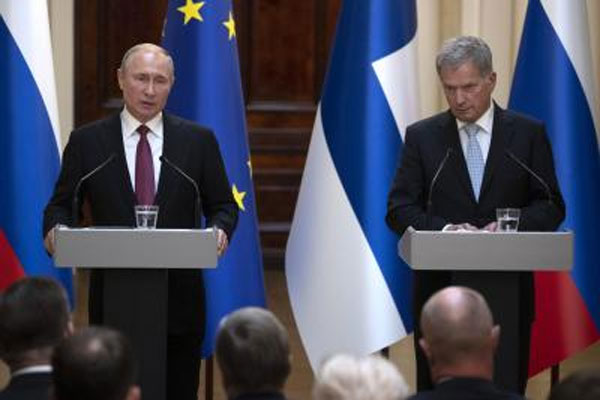 Moscow: In a phone call, Russian President Vladimir Putin told his Finnish counterpart Sauli Niinisto that applying for a NATO membership was a “mistake, since there are no threats to Finland’s security”.

In response, Putin “stressed that abandoning the traditional policy of military neutrality would be a mistake, since there are no threats to Finland’s security”, the Kremlin said in a statement

Putin expressed concern that should Helsinki follow through with plans to join NATO, it may have a negative impact on Russia-Finland relations, the statement added.

The two Presidents also discussed about the war in Ukraine during which Putin said that peace talks between Russian and Ukrainian representatives “were actually suspended by Kiev that does not show interest in a serious and constructive dialogue”.

The call came after Finland’s ruling Social Democratic Party endorsed the plan for making the country a member of the military alliance.

In a vote on Saturday, joining NATO was backed by 53 members, while five were against and two blank.

Prime Minister Sanna Marin had on May 12 announced her support for Finland going to NATO.