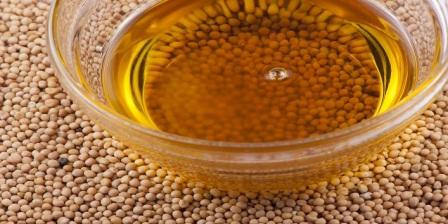 New Delhi: Had we been aware of the ill-effects of the Bt Cotton, we would never have approved it, said T.S.R. Subramanian, who had recommended the Genetically Modified (GM) variety of cotton for commercial cultivation as Textile Secretary in the 1990s.

In the wake of possible approval to GM Mustard variety called Dhara Mustard Hybrid 11 after a green signal by the Genetic Engineering Appraisal Committee (GEAC), Subramanian told IANS it would be a wrong decision, which would have adverse impact on the health of people and bio-diversity in the country.

“What does it mean when WHO (World Health Organisation) says GM (herbicide) is probably carcinogenic? For example, if some snake can probably bite, do not show your leg there, that is what it means. We cannot show a leg and say bite me,” he said.

Subramanian said nobody had anticipated consequences of Bt Cotton in the 1990s, which has now the ruined cotton crop diversity in the country.

“The approval was to be given by the Environment Ministry but there was correspondence with us (Textile Ministry) and we blindly accepted it. Nobody even suspected anything wrong with it. In some senses, we were not sufficiently careful at that time to investigate the pros and cons,” he said.

“Now, 20 years later, I am seeing negative results. India had huge number of cotton varieties. Now, lots are giving way (due to Bt Cotton). We ruined cotton crop diversity in India. If two GM crops are allowed, about 30-40 other crops will be contaminated. Are you going to take this kind of risk in India? This will be a mad political decision. ”

Subramanian, who retired as Cabinet Secretary in 1998, said the GM issue caught his attention after reports of mass suicides were reported in cotton belt in the Vidarbha region of Maharashtra in the early 2000s. “Nobody had heard about (mass) farmers’ suicides earlier,” he said.

Two years ago, California-based agricultural scientists had in a report held insect-resistant Bt Cotton responsible for farmers’ suicides in rain-fed areas, he said.

Responding to calls of swadeshi GM Mustard, which is developed by an Indian geneticist, Subramanian said: “It is exactly same thing happened with (Bt Cotton) in 2002 when Bayer technology became swadeshi because it engineered money to be given by the government of India for research work.”

“What qualification do they have to talk about issues of health, social effects, environment, economic? There is evidence in the US of kidney problems and other huge problems arising from GM (food). How do these people know that GM is good? What expertise do they have? Is mutation safe or not, that is the question they must answer first,” he said.

Subramanian highlighted the fact that only three of the 20 top cotton producer countries use Bt cotton.

According to the Food and Agriculture Organisation of the United Nations, GM mustard-growing Canada ranks at seven which means the top six use non-GM mustard seeds, Subramanian said.

“In Africa, where non-BT cotton is used, productivity is absolutely higher. There is no particular correlation (between GM crop and productivity). GM cannot come to Japan, Europe. Do you think these countries are mad? This is an absurd argument that GM is good. It was a hyped selling gimmick that production is higher for Bt cotton,” he said.

If Korea, Japan, European countries accept GM crop, we can say “yes” — subject to its suitability to Indian conditions, he added.

Subramanian said the failures with the current Indian agriculture system had nothing to do with GM technology.

“Our failures are fundamental. Farmers do not have money, inputs, storage facilities. Grains are rotting, there is no electricity. What is happening in Mandsaur? It has nothing to do with GM crops,” he said.

Subramanian said that experiments to develop non-GM hybrids were going on across the world, including one project in Bihar with assistance from the World Bank. “It should be encouraged,” he said

(Saurabh Katkurwar can be reached at [email protected])