Are Virat Kohli’s India the new ‘chokers’ of international cricket? 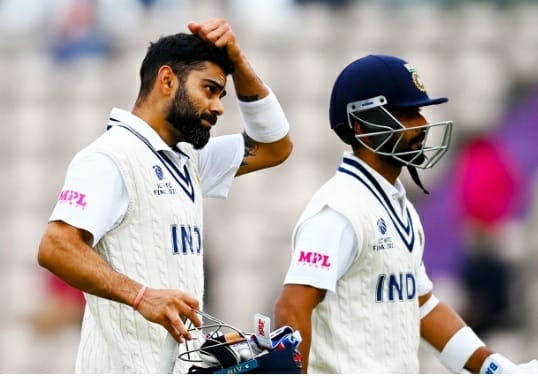 Southampton: After their loss in the World Test Championship (WTC) final to New Zealand on Wednesday, India have now become the new chokers of international cricket, having fallen at the semi-final and final hurdles on multiple occasions over the last seven years in International Cricket Council (ICC) events.

The last decade had begun well and offered hope to India, promising a decade of dominance in which they bagged multiple tournaments. India won the 2011 50-over World Cup and followed it up with the 2013 Champions Trophy.

On Wednesday, the sixth — reserve – day when the WTC final seemed to be heading for a draw, India ended up losing the match and the title.

On most occasions – like in 2019 World Cup or the WTC – India have ended as the best of all teams in the league standings.

“The WTC final should have ended in a draw,” said former India all-rounder Madan Lal, himself a World Cup winner in 1983.

“If you have to win this sort of tournament, one of two players like Kohli or [Rohit] Sharma cannot win. The team has to perform as a whole. Being experienced players, I am surprised they have not performed,” he added.

“If you look at the recent records, the Indian team gets under pressure,” said Madan Lal.

While in some of the finals, like the 2017 Champions Trophy of the 2019 World Cup semi-final, they were completely outplayed, in others like the WTC final, they lost from a position where they were in no danger of losing.

“I think it helps being an underdog. It (the occasion) doesn’t bog you down. Having said that they need to handle that better,” said Madan Lal who was part of a World Cup-winning team, an underdog India.

Kohli said that one game couldn’t decide the best side.

“I am not in absolute agreement of the deciding the best Test side in the world over the course of one game, to be very honest. We are not too bothered by this result because we understand, as I said, as a Test side what we have done over the last three-four years, not just over the last 18 months,” he said.

In many ways, India have begun to resemble the South Africa of yesteryear — consistent throughout a tournament, but off-colour towards the end.