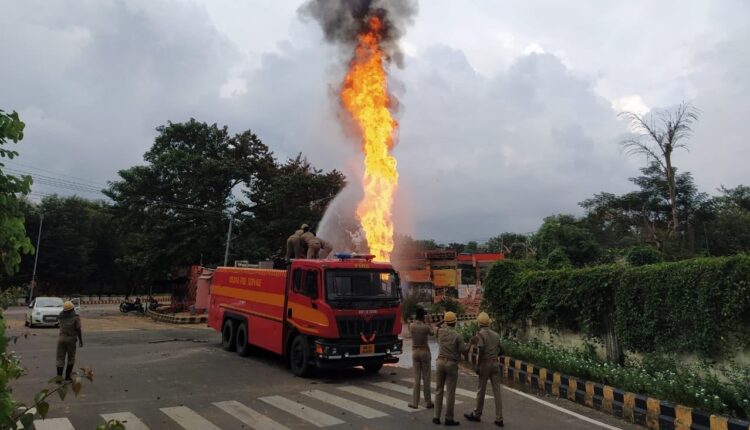 Bhubaneswar: The area around  Raj Bhavan in Odisha capital, which was jolted due to a massive explosion and fire mishap at nearby petrol station yesterday, has been declared safe, informed Fire Services DG Satyajit Mohanty today.

In a late night operation, a team from Indian Oil Corporation Limited (IOCL) removed LPG from the tanker that was present at the site of mishap. A special vehicle from Balasore had arrived at the spot for the purpose.

The area is now safe from any potential hazard, the official said.

In a late night operation the team from #IOCL removed the LPG gas from the tanker that was at the site of yesterday’s explosion. The area around the Rajbhawan patrol pump is now safe from any potential hazard. @SecyChief @homeodisha @DGPOdisha @IPR_Odisha pic.twitter.com/YiVlwS19Wi

Window panes of many houses of nearby residential areas broke under the impact of the explosion leaving the residents panic stricken. Many of them rushed out of their houses in fear.

Petroleum & Natural Gas Minister Dharmendra Pradhan has ordered the Department Secretary to probe into the incident and submit a report.