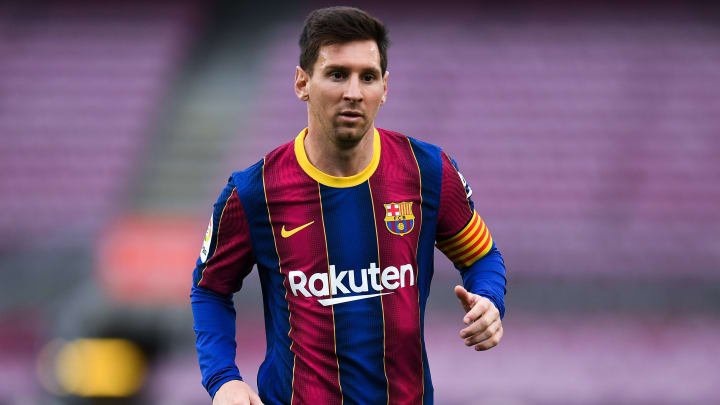 Buenos Aires: Argentina’s media responded with disbelief and sadness to news that national team captain Lionel Messi is to leave Barcelona after more than two decades.

According to the prominent sports newspaper Ole, Barcelona’s statement on Thursday afternoon was “as much a shock to Messi as it was to the world”.

“Everything was on track [for Messi] to sign a new five-year contract, accepting a 50 per cent pay cut,” it said.

“He cannot believe what his father Jorge told him. He still doesn’t understand how it all ended. Unless a magic solution appears, the love story is over. There will no longer be a Barcelona shirt with Messi’s name on the back of it.”

Newspaper La Nacion speculated that Barcelona’s statement could have been a tactic to pressure La Liga to change its financial fair-play rules, explaining that Barcelona generated less income than it paid in wages. It described the impact of the 34-year-old’s departure as “incalculable”.

“How much are television rights for a competition with and without Messi?” it asked, before affirming that his exit from the Camp Nou was not yet a fait accompli.

“There are those who believe that not everything is definitive, that it is a manoeuver by [Barcelona president] Joan Laporta to make the league reconsider its strict position [regarding] the salary cap imposed by fair-play regulations.”

News outlet Clarin pondered the irony of the situation, which comes a year after Messi informed Barcelona via burofax of his desire to leave the club amid a row with then-president Josep Bartomeu, a decision the forward later retracted.

It opined that there would be no winners resulting from the move, adding that Spanish football is set to feel the biggest impact.

“It is clear that in Spain everyone loses… Messi, because he had planned to stay to fulfil his dreams as a footballer when he was 13 years old.”

“Barcelona lose, obviously, because the world’s best player is saying goodbye. And La Liga also loses. It already saw Cristiano Ronaldo depart [in 2018] and it has now been left without its biggest drawcard.”

Notification out for redressal of error in Odisha Plus II Science and Commerce results; Check details