Arjun Kanungo opens up on acting in Salman Khan’s ‘Radhe’ 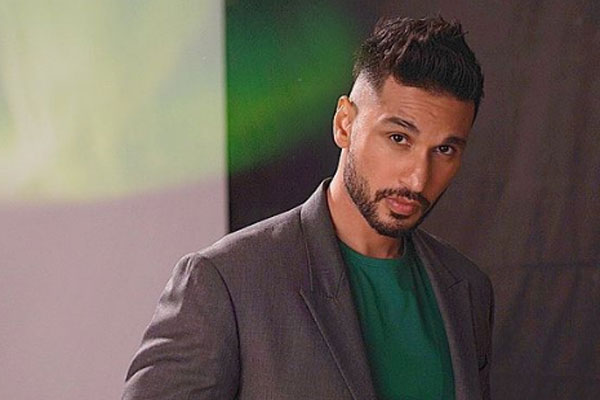 New Delhi:  Arjun Kanungo made his mark as a singer-songwriter, and now the 30-year-old is all excited to prove his mettle as an actor -that too in a Salman Khan biggie. Arjun will be seen in the Bollywood superstar’s Eid release of the year, “Radhe”.

“I am still nervous,” he laughs and adds: “The film is done I am still nervous. It was much more difficult than I imagined it to be, and I remember I was very nervous on the first day. Even thinking about it makes me nervous right now. But I have to say Salman (Khan) sir and (director) Prabhudeva sir were very encouraging. They helped me a lot. Everyone has been complimenting me, but I am nervous.”

The jitters are natural since, as Kanungo points out, “there’s this whole pre-conceived notion that singers don’t make good actors”.

It’s not like Kanungo decided to pursue acting after becoming a popular singer-songwriter. “Acting has always been on the cards, but because of music, it had taken a backseat,” he says talking about a year-long acting course he took at the Lee Strasberg Theatre and Film Institute in New York, roughly seven years back.

“Around 2012-13, I was very frustrated with my music, in the sense I felt like it was taking me nowhere. So I decided to take a break and learn acting. I was there for a year, till 2014, and they are famous for method acting. It was a pretty intense course, but I loved learning and being a part of it,” he says.

“When I came back to India, I was doing what every other aspiring actor does — make a list of casting directors, and then start approaching them for work. But, right around that time, a few of my covers on YouTube had done really well and I was approached by Sony Music to sign with them as an artiste. At that time, I jumped on to it because being signed by such a big label was a huge opportunity,” he adds.

Arjun Kanungo: Nobody is interested in making original music…

So, apart from a handful of short films and appearances in music videos of his songs, Kanungo wasn’t able to prove his worth as an actor.

“It was Salman sir who called me and wanted me to act. He called me to his house in the middle of the night, and I remember Prabhu sir was there. It was just an incredible feeling to be there and work on a project like this with such big names attached to it,” he says.

Now, despite the fact that the film got delayed by almost a year and a half because of the pandemic, which Kanungo admits “was extremely frustrating”, he hopes that the delay is worth the wait.

“I am excited to see it on a big screen and really excited to know how the audience reacts. The entire experience was hectic, but I really enjoyed being a part of it,” he says hoping, quite obviously, that the film opens up opportunities as an actor.

“I am definitely going to pursue acting with the focus now. I don’t think in today’s day and age it is going to be difficult to balance a career in music and acting. I think, there are plenty of examples, like Diljit (Dosanjh), who has proven that it can be done. At the end of the day, everything is challenging, but that does not mean it cannot be done. If you need to do something, you will always find a way,” he signs off.

Catherine Zeta-Jones: Was lovely having my family home amid pandemic

After Delhi, Maharashtra thanks Odisha CM for ensuring…