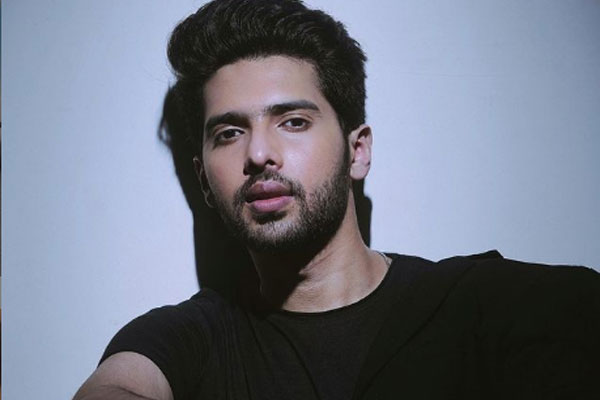 Mumbai:  Getting noticed or discovered has become easier for budding singers all thanks to social media, feels Armaan Malik. As a result, a lot of new singers are getting a break-even in Bollywood!

“In the world of social media, scouting for talent and getting discovered has found a different meaning altogether, a lot of new artistes are getting a chance in Bollywood because of this,” the popular singer said.

Offering a piece of advice for budding singers, Armaan added: “I would straight up advise young artistes to put a mix of covers and original content out there on YouTube and other social media sites. The next breakout star is literally a click away as there’s quite a high chance of being discovered by someone important and getting that big break in Bollywood films.”

The music scene in Bollywood is currently dominated by remixes of old songs. What is his preference as a singer– remix or original composition?

“There are some amazing remixes that have accentuated the original song, while some aren’t that great. But then again, all of it is subjective since numbers tell only half the story. No doubt, it’s always refreshing to sing an original composition but working on a remake poses set different challenges that excite me. As a singer I have to match the level of the original version because comparisons are inevitable in this case,” explained the singer.

Armaan began the year with four songs releasing back to back in different languages in February. These are “Guche gulabi” (Telugu), “Yaare yaare” (Kannada), “Hey manasendukila” (Telugu), and “Maamazhai vaanam” (Tamil). Which among these is the closest to his heart?

“These are my first musical projects of the year and having four singles release back-to-back has been an overwhelming experience! It’s always so tough to choose one favourite but I think Guche gulabi is the closest to my heart! Firstly because I got to sing for Gopi Sundar sir (composer), someone who I have always wanted to collaborate with. Secondly, it’s a very challenging track to sing; it has a lot of variations and graphs both vocally and texturally,” replied the singer.

When quizzed on how easily he manages to sing in so many languages, Armaan smiled: “I have strong ear training due to which I can reproduce sounds and words that I hear very easily. This has enabled me to sing in a variety of languages and become the multilingual singer that I am today.”

Is there any other language that he would like to explore in his music? “It has to be Arabic and Spanish. Again, in all honesty I don’t know how to speak or understand either of the two, which makes it all the more interesting for me to learn and experiment with!” informed Armaan.

What does Armaan do when he is not singing?

“If I am not in the studio, you’d find me glued to either my PlayStation or watching Netflix! In order to focus on my health, I took up pilates during lockdown, therefore I devote some of my time to working out every day. I also enjoy cooking, so you would definitely catch me in the kitchen whipping up something, mostly a midnight snack though!” added the singer with hearty laughter.

Life has changed amid the Covid pandemic. What is it that he misses the most?

“I just can’t wait to get back on tour and meet and perform for all my #Armaanians in their different cities! I love my fans so much, they are the light of my life and they never fail to make me feel special,” concluded Armaan.