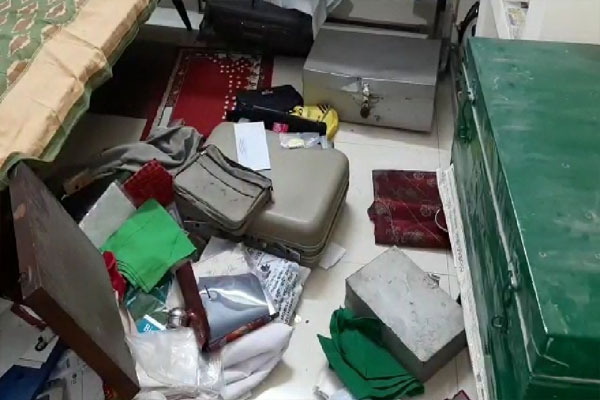 Cuttack: Terror struck a family of Tarol village under Jagatpur police limits in Cuttack district after four armed miscreants broke into their house in the wee hours of Sunday and looted them of cash  and gold at gunpoint.

According to reports, the unidentified miscreants broke into the house at around 2 am, when the family of four members, including  a couple and their sons,  were in deep sleep. They first attacked one of the family members with an iron rod  and later threatened them with a gun.  Later, they decamped with over 30 grams gold, Rs 40,000 cash and other valuables.

Sabyasachi Naik, the elder son of the family stated, “They barged into the house and hit my father with a rod. Hearing him scream, I rushed out of my room. As I tried to intervene, they grabbed me and placed a gun on my head threatening to kill me. They later locked us in  a room before getting their hands on the riches.”

“Besides gold and cash, they also looted ATM and credit cards. To ensure we couldn’t contact anyone for help and avoid detention, the dacoits snatched our mobile phones, tabs and damaged the sim slots. They also took my car keys,” he added.

Sabyasachi’s mother Susama Naik said before fleeing, the goons threatened them of dire consequences if they inform media or police about the incident. On receiving information, police reached the spot and began an investigation into the incident.