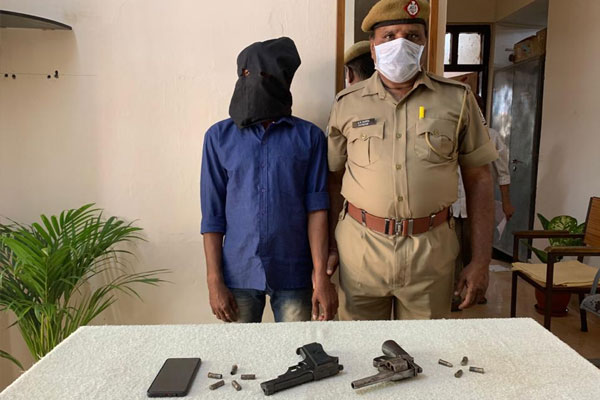 Acting on information from reliable sources, a joint team of the QAT and the police arrested armed smuggler Pinku Digal (30),  a native of Dunguri Garh under Bisipada police limits in Kandhamal district. Although the gunrunner fell in the police dragnet, his associate managed to flee from the spot.

Pinku was staying at Mangalasahi in Kargil Basti here.  He was arrested under Section 25 (I-B) A of Arms Act 1959. Further investigation is underway in this connection.