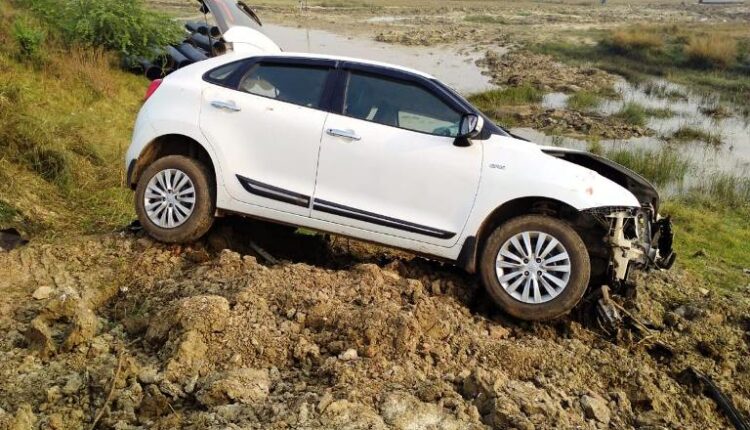 Bhadrak: A young man’s life was tragically cut short after 24-year-old Army personnel died in a road accident at Nalgunda on Chandbali main road in Bhadrak district this morning.

The incident occurred when the Army Jawan, Shivaji Charan Barik, was out on a morning walk.

Sources said Shivaji, son of one Narayan Barik of Pachhapada village under Chandbali block, was on a vacation since December 4. Like every day, he went out on a morning walk today. On his way back from Kheranga, a  speeding car hit him from the behind and later plunged into a nullah at Nalgunda.

The four-wheeler carrying members of a marriage party was returning to Paradip from Balasore. Few occupants of the car also suffered minor injuries in the accident. Critically-injured Shivaji was later rushed to a hospital in Chandbali, where doctors declared him dead.

On receiving information, a joint team from Matto police outpost and Chandbali police station reached the spot for an inquiry and later registered an unnatural death case.

Further investigation in this connection is underway, said police.